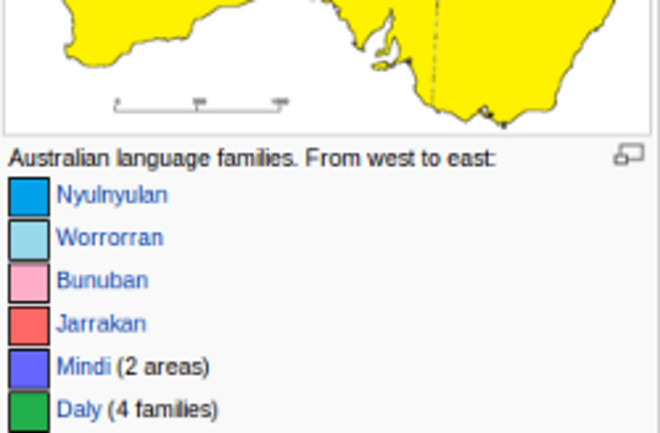 Credit: Kwamikagami National Geographic has an interesting article up, unoriginally titled Australia’s Aboriginals. There are lots of great data in there, though not much novel for anyone who has tread this territory before. For example, Aboriginals tend to have much lower morbidity and mortality when they are living their "traditional" lifestyle. This isn't a particular novel or surprising outcome. Rather, it seems like a supercharged version of the same problem which occurs when immigrants move from developing to developed societies, and shift toward massive portions and processed food. This modern regime is even impacting native born segments of America's population in a negative manner. Interesting and true. But what concerns me is the background assumption that Aboriginals are timeless and static, arriving ~50,000 years ago from Sundaland, and remaining in a stasis. My issue isn't normative. And I'm fascinated by the inferences some archaeologists have made about the continuity of specific motifs in Aboriginal art. Additionally, from what I understand the material culture of Aboriginals is especially changeless in relation to other populations in the world.

But one thing we know about H. sapiens is that cultural forms of expression are quite protean, especially symbolic aspects which might not preserve too well.

Would the Aboriginals of Australia be immune from this? I doubt it. In any case we know of likely changes in Aboriginal culture of relatively recent vintage. The map above shows the distribution of Australian Aboriginal language families, and you can see that one group, Pama-Nyungan is rather extensive. Just eyeballing this distribution and you can infer that it was probably the result of a recent expansion, and sure enough, linguists believe that it converges back to a common ancestor 3,000 to 5,000 years ago. A major language shift by necessity entails a major cultural shift, so one conclusion you can draw from this is that there has been a massive dynamic of ethnic sorting, extinction, and assimilation across much of Australia over the past 10,000 years. The dingo, that iconic quasi-companion of Aboriginals, is also a relatively new arrival (>10,000 years B.P.). Even the boomerang may be a Holocene aspect of Australian culture! I am not even commenting on the more recent genetic data, which draw some rather startling conclusions. The reality is that I won't be totally comfortable accepting these conclusions if they are too strange unless I can play with the data myself, and for various political reasons there is a low probability of that. But the non-genetic data for change is compelling enough for me. Why does any of this matter?

Because implicitly and explicitly we often use Aboriginals as models of ur-humans, "hunter-gatherer" man.

Unlike other non-agricultural populations the Aboriginals had the whole continent to themselves. I don't think that drawing inferences from Aboriginals is illegitimate, but it is important to question the presupposition that they're somehow trapped in cultural amber, perfect artifacts which are a window into the world of 50,000 B.C. I suspect they aren't, so our conclusions have to appropriately modulated.