The effect of petting a dog on immune system function. 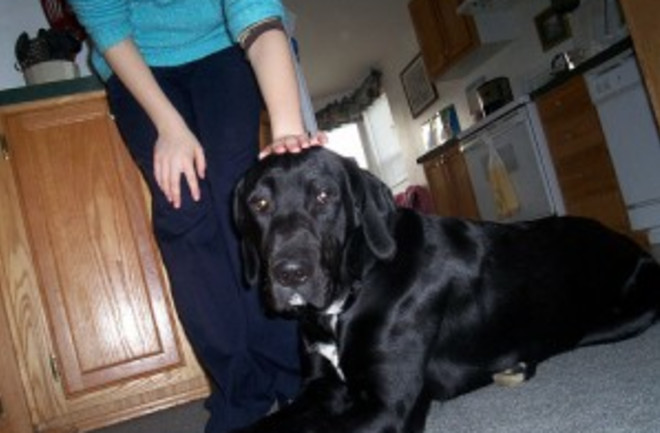 Petting a dog has many health benefits, but does the dog

Effect of petting a dog on immune system function. "The present study assessed the effect of petting a dog on secretory immunoglobulin A (IgA) levels. 55 college students were randomly assigned to either an experimental group or one of two control groups. Group 1 (n= 19) petted a live dog; Group 2 (n = 17) petted a stuffed dog, while Group 3 (n = 19) simply sat comfortably on a couch. Each participant was exposed to one of the three conditions for 18 min. Pre- and posttreatment saliva samples yielded a significant increase in IgA for Group 1 only. Participants were also asked to complete the Pet Attitude Scale of Templer, Salter, Dickey, Baldwin and Veleber. Scores on this scale correlated with IgA increases only for participants in Group 2 (petting a stuffed animal). Results are discussed in terms of the beneficial effects of pets on health in general, and immunity in particular."

actually have to be alive? In this study, the authors tested the effect of petting a dog on people's antibody levels, and compared that to petting a stuffed dog or "sitting comfortably on a couch". They found that only the live dog had a beneficial effect on the immune system. So much for getting my health insurance to pay for my taxidermy habit :(