The dark side of guppy sex (hint: it involves penis claws). 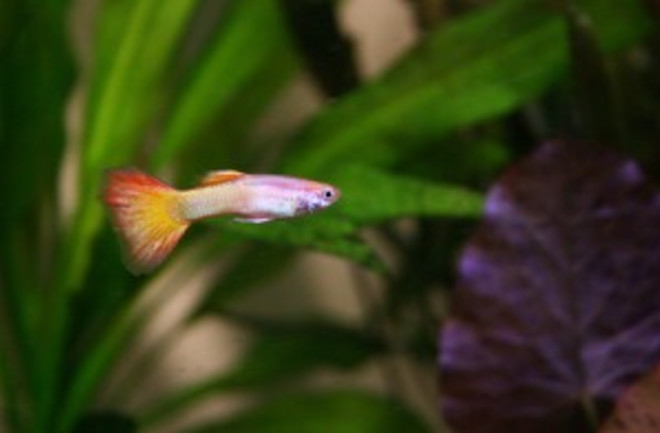 Sexual conflict and the function of genitalic claws in guppies (Poecilia reticulata).

“Poeciliid fish, freshwater fish with internal fertilization, are known for the diversity of structures on the male intromittent organ, the gonopodium. Prominent among these, in some species, is a pair of claws at its tip. We conducted a manipulative study of these claws in the guppy, Poecilia reticulata, to determine if these aid in transferring sperm to resistant females. We compared the sperm transfer rates of clawed versus surgically declawed males attempting to mate with either receptive or unreceptive (i.e. resistant) females. Our analyses demonstrate that the gonopodial claws function to increase sperm transfer to unreceptive females during uncooperative matings but not during receptive matings. Up to threefold more sperm were transferred to unreceptive females by clawed than declawed males. These data suggest that the claw is a sexually antagonistic trait, functioning to aid in transferring sperm to resistant females, and implicate sexual conflict as a selective force in the diversification of the gonopodium in the Poeciliidae.”