The Calculating Beauty of Butterflies

How butterflies' colorful wing patterns help them hide, lie, and impress the ladies. 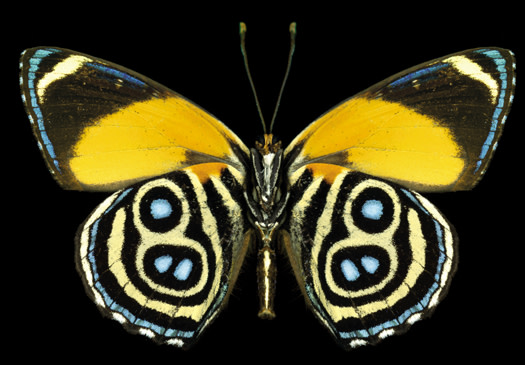 Photo Credits: All text by Eliza Strickland; all photos by Harold Feinstein.

The magnificent patterns found on butterfly wings make these insects a wonder to behold. But they do more than dazzle the human eye: The colorful designs also frighten or trick predators, help butterflies avoid detection, and attract mates.

One Hundred Butterflies, a new book by Harold Feinstein (Little, Brown and Company), showcases an extraordinary collection of butterflies and moths in stunning photographs. This South American species is known as an eighty-eight, due to the markings on its lower wings. 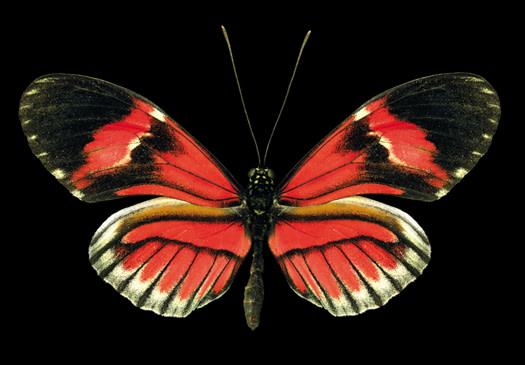 The bright red markings on this postman butterfly are a warning to potential predators. The markings clearly indicate that this butterfly is poisonous, and eating it will only bring grief to the hunter.

This signaling technique, called aposematism, is such a successful trick that some non-poisonous butterflies have evolved patterns that mimic those of toxic butterflies, thus tricking predators into staying away. 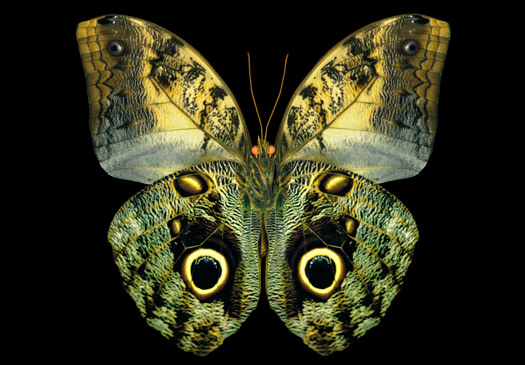 The owl butterfly is so named because of the enormous eyespots that dominate its lower wings. It may seem obvious what function the eyespots serve--to fool predators into thinking that a large-eyed animal is staring back at them.

In fact, biologists haven't confirmed that the spots are meant to frighten. It's also possible that the eyespots act as decoys that cause hunters to attack the outer wing instead of the more vulnerable body. 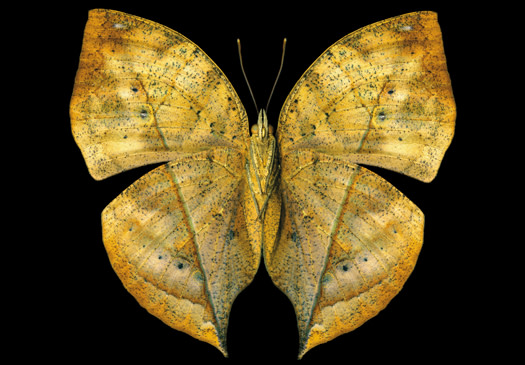 Sometimes it's easiest to just fade into the background. The undersides of the Indian leaf butterfly's wings are perfectly camouflaged to blend into a forest floor covered in dry leaves.

When this butterfly folds its wings, it's well concealed from predators. When danger has passed, it can stretch its wings to show off the blue on their top sides. 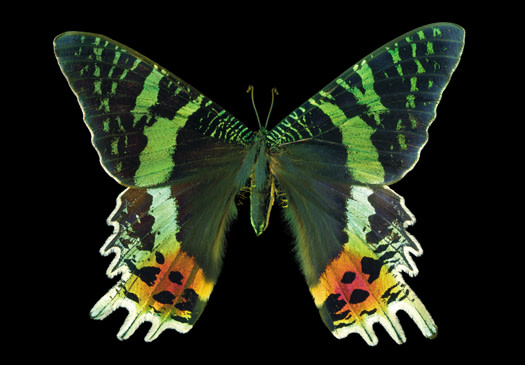 The gaudy colors on the sunset moth, native to Madagascar, also warn predators of its toxicity.

Butterflies and moths are both members of the order Lepidoptera, which means "scaled wing." Their wings are composed of microscopic scales that protect the insect from moisture, and also produce elegant color patterns. Some colors are the result of pigment in the scales, but iridescent hues are produced by microstructures in the scales that scatter light in various ways. 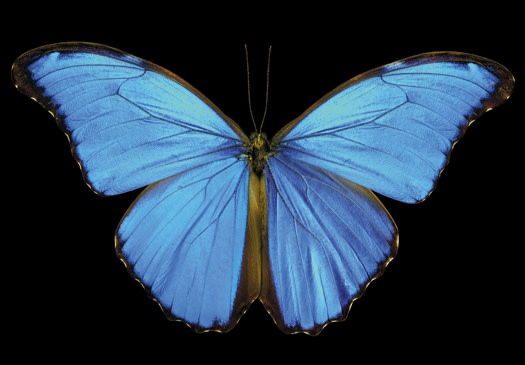 The fabulous blue morpho uses its iridescence to its advantage: When a predator approaches, the butterfly can flutter its wings rapidly to create flashes of light that may startle the hunter.

This tropical butterfly doesn't feed on flower nectar, but instead lives on a diet of juice drawn from rotting fruit. Its favorite meals are mango, kiwi, and lychee juices. 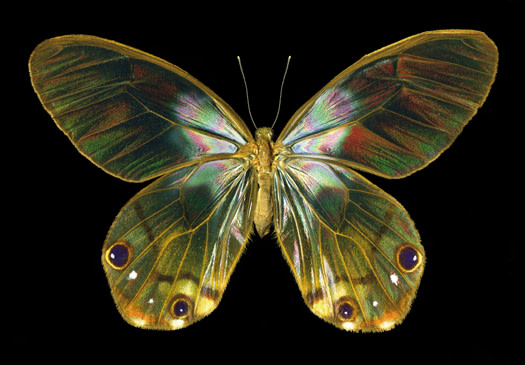 This glasswing butterfly is as ethereal as a daydream. Like other clearwinged butterflies and moths, its wings lack the dense covering of scales that give other species their distinctive colors.

Such transparency helps the glasswing escape predators' notice in the South American rainforests where it makes its home. 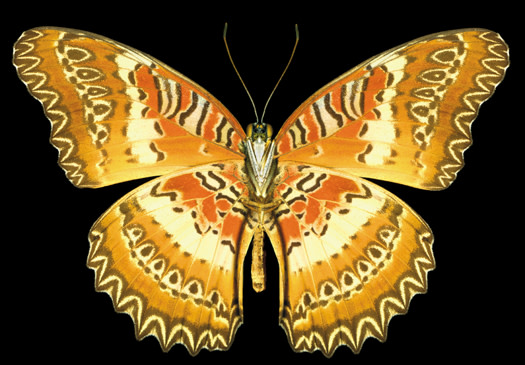 Many butterflies have evolved strategies to avoid attracting attention, but there is one circumstance when an insect wants to be noticed: during mating season. Male leopard lacewings sport flashy orange designs, which may signal to females that for such a conspicuous target to still be alive, he must have good genes.

The leopard lacewing exhibits sexual dimorphism, which means that females aren't nearly as showy. Because they don't need to impress their mates, the females' wings are brown, black, and white.