The Bug With Built-in Sidekicks

Meet the animal kingdom’s version of a Russian nesting doll. 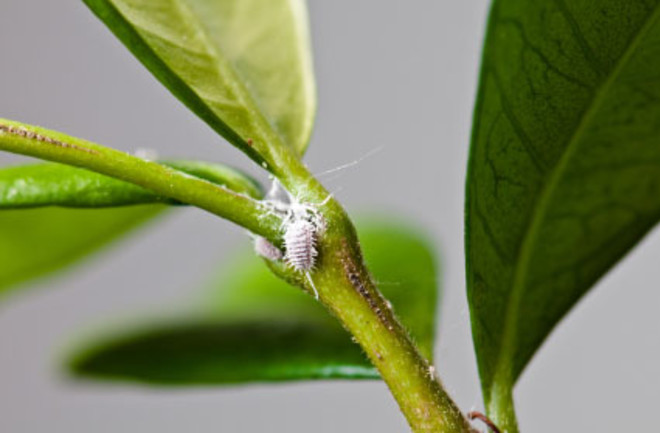 The mealybug employs an army of embedded microbes to help it obtain essential nutrients. | iStockphoto

Crack open the cells of a plant-infesting pest called the citrus mealybug and you will find small bacteria called Tremblaya princeps. Break open those and you’ll find even smaller microbes called Moranella endobia. The mealybug uses its two partners to supplement its monotonous diet of plant sap. The trio is bound to one another, and none of them can survive alone.

Biologist Carol von Dohlen from Utah State University discovered the unique bug-within-bug-within-bug hierarchy a decade ago. Now, with John McCutcheon from the University of Montana, she has found that the three organisms make amino acids in a cooperative production line; each brings about its share of the necessary chemical reactions to ready the final goods. Beyond that, the relationship is a mystery. “It’s really amazing, and frankly I have no idea how the whole thing works,” McCutcheon says.

Many sap-eating insects rely on helpful bacteria, or symbionts, to make amino acids, but none of them has the citrus mealybug’s nested microbes. How the hierarchy evolved is unknown, but McCutcheon believes that the insect partnered with Tremblaya first. Snug in a bug, the bacterium jettisoned many of its own genes. (Today it has the smallest genome of any living thing—121 genes, compared with over 20,000 in humans—and it is still shrinking.) At some point, the Tremblaya genome shrank so much that the bacterium’s amino acid production machinery gummed up, forcing the mealybug to recruit a second partner to pick up the slack.

As to why Moranella came to live inside Tremblaya, McCutcheon is still searching for an explanation. “It’s a fascinating quirk of evolution,” he says.