The Australopiths: Our Ancient, Ape-like Forefathers 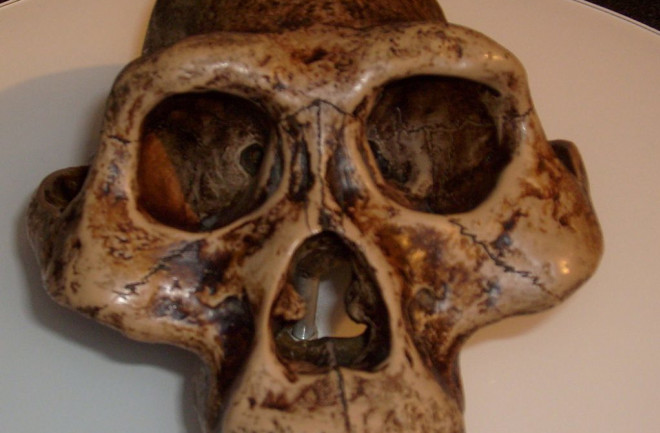 A reconstruction of the skull of Australopithecus afarensis. (Credit: Wikimedia Commons)

1.2 to 4.4 million years ago was a happening time in human evolution. It’s when our evolutionary branch — the hominins — diversified into about a dozen species, collectively known as Australopiths.

The most famous of these creatures is Lucy, the partial skeleton of a roughly 3-foot-6-inch female discovered in the 1970s. But Lucy is just one of many Australopiths known to science. Over the years researchers have unearthed more than 400 specimens attributed to her species Australopithecus afarensis from sites in Ethiopia, Kenya and Tanzania.

And beyond A. afarensis, numerous Australopith varieties once roamed the African continent. The first such fossil was found in 1924: the skull of a 3-year-old Australopithecus africanus from South Africa nicknamed the Taung Child. The latest, announced this week, was an Australopithecus anamensis specimen recovered from Woranso-Mille, Ethiopia.

So who were the Australopiths? They were hip-high hominins with brains about one-third our size, who resembled upright walking apes. There was a diversity of species that anthropologists still struggle to sort into a coherent family tree. And, most important of all, one the myriad Australopith lineages was ancestral to our species.

The Age of Australopithecus

Anthropologists use Australopith as a catchall term for hominins (species on the human branch after it split from chimpanzees) living between 1.2 and 4.4 million years ago, who moved on two legs, but had brains between 385 and 530 cm3 (1.6 – 2.2 cups). Although earlier ancestors probably walked upright, Australopiths were the first hominins that seem fully committed to bipedal life on the ground, out of the trees.

Their remains have been found across Africa, in areas where fossils preserve, but never beyond the continent. However, finds such as 2.1-million-year-old stone tools, reported from China in 2018, raise the possibility the hominins made it into Eurasia, though their fossils have yet to be discovered.

Males were considerably larger than females. For example, estimates for Lucy’s species A. afarensis put males around 4 foot 11 inches, weighing 100 pounds, whereas females averaged 3 foot 5 inches and 65 pounds. In living primates, such size differences between sexes usually means the males of that species compete fiercely for females. Anthropologists think this may have been the case with Australopiths, inferring societies where alpha males won many mates.

At least 11 Australopith varieties seem distinct enough in appearance, geologic age or geographic origin to be designated separate species. Anthropologists bicker over these classifications, so slightly different names are used by different researchers. And to make matters more confusing, some species, like Australopithecus afarensis, have “Australopith” in their scientific name and others, like Paranthropus robustus, do not. The Paranthropus varieties, also known as “robust,” have thicker, bigger facial features compared to “gracile” Australopithecus forms.

Researchers agree that one of the gracile species — or a yet undiscovered variety — was the direct ancestor of the genus Homo and, ultimately, living humans. The others were hominin branches that went extinct (though perhaps interbred with our primary ancestors). Which Australopiths were the great-great-great… grandparents of Homo sapiens is a matter of lively debate. Contenders have been proposed based on their temporal or geographic proximity to the earliest Homo fossils, or by how similar-looking the skeletons are in terms of novel features that evolve in our lineage. Potential ancestors include East African species A. afarensis, A. garhi, and K. platyops, as well as A. africanus and A. sediba from South Africa.

The matter may never be resolved. Because this period is too ancient for African fossil DNA to survive, anthropologists must reconstruct the Australopith family tree based on visible skeletal traits, leaving more room for ambiguity and interpretation.

Probably the most striking feature of these creatures is their honking huge back teeth. Although their bodies are just half our size, the chewing surfaces of Australopith molars are up to twice the area of Homo sapiens‘.

Australopith cheekbones are also large and their jaws are thick. The spots where chewing muscles attach, between the top of the head and neck, are well-developed. This combination of traits suggests Australopiths were eating tough foods like nuts, seeds, tubers or roots.

Teeth and chewing muscles are especially pronounced in the robust Australopiths, or those with Paranthropus in their scientific name. Gracile Australopiths have less-mega — but still big — chompers. Researchers assume this difference relates to diet, but debate the specific cause. Based on microscopic pits and scratches on their teeth, some say robust Australopiths consumed more hard, brittle foods like seeds, whereas gracile forms ate chewy resources like leaves.

Others have proposed that gracile Australopiths used tools to pulverize food, pointing to the fact that the earliest known stone artifacts appear during this period. At the 3.3 million-year-old site of Lomekwi, Kenya, researchers recovered stone cobbles deliberately bashed into tools with sharp edges between about 1 and 8 inches long. But, no hominin fossils were found at the site, so their exact makers are unknown.

If the hypothesis is correct, gracile and robust species would represent two distinct strategies for dealing with tough diets: One was cultural adaptation, whereby gracile Australopiths invented stone tools. The other was the biological evolution of mega-chompers and chewing muscles by robust forms.

Looking back 3 million years, to the age of Australopiths, no one would have expected the hominin lineage to amount to much. Australopiths were short and slow, and probably made prime targets for predators. They lacked advantages of later hominins — big brains, advanced weapons, fire — as well as defenses of earlier, more ape-like ancestors, such as tree-climbing skills and large canine teeth.

Yet during this period hominins diversified into a multitude of species. Homo sapiens are here today because one of those lineages survived.