The Age of Little Foot

More precise dating of the hominin fossil shakes up the family tree. 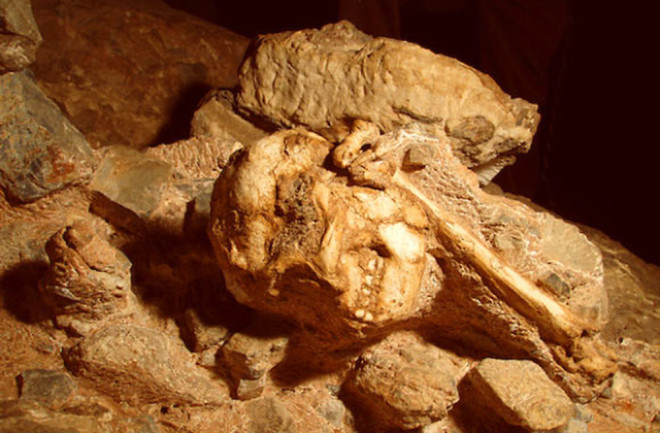 Excavated from Sterkfontein Cave over more than a decade, Little Foot is the oldest hominin fossil and one of the most complete ever found in South Africa. | Purdue University

Entombed for millions of years deep within South Africa’s Sterkfontein Cave, one of the most complete early hominin fossils ever discovered is reshuffling our family tree.

Nicknamed Little Foot for its modest size, the skeleton was estimated to be 2.2 million to 3 million years old. More accurate dating of the sediment in which the fossil was found, however, establishes that it’s 3.67 million years old.

Until now, Little Foot was considered a more recent species than Lucy, the famous 3.2-million-year- old Australopithecus afarensis from Ethiopia often cited as our direct ancestor. But Little Foot’s new age, published in Nature in April, suggests that hominin diversity and range was much greater much earlier than we previously thought.

More accurate dating places the hominin Little Foot much earlier in our family tree. | University of the Witwatersrand

Some researchers have classified Little Foot as A. africanus, a later australopith found only in South Africa. But Ronald Clarke, who has been studying Little Foot since the 1990s, thinks the hominin should be called A. prometheus. His view is gaining momentum now that the more accurate date establishes Little Foot to be much older than other A. africanus finds.

Whatever we ultimately call the skeleton, Little Foot raises questions about which australopiths are our direct ancestors — and which are merely relatives.