That Elephant Can Smell You From a Mile Away 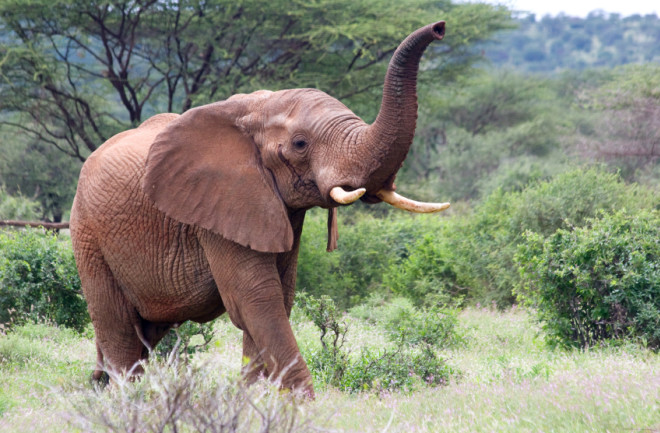 Last week we blogged about how the science of smells is becoming ever more prominent in law enforcement, to the point where police departments are asking for (and potentially getting) electronic noses that have been programmed to sniff out members of a specific race. But as it turns out, animals may have already been doing this for years. While plenty of anecdotal evidence exists for dogs' and other keen-nosed animals' ability to sniff out race in humans, a recent paper in Current Biology has gathered data suggesting that elephants are able to distinguish between races using a combination of smell and color cues, and can even differentiate between two separate ethnic groups within a single race. The findings are described as follows: In the Amboseli ecosystem, Kenya, young Maasai men demonstrate virility by spearing elephants (Loxodonta africana), but Kamba agriculturalists pose little threat. Elephants showed greater fear when they detected the scent of garments previously worn by Maasai than by Kamba men, and they reacted aggressively to the color associated with Maasai. Elephants are therefore able to classify members of a single species into subgroups that pose different degrees of danger." The research team, headed by Lucy A. Bates and Richard W. Byrne of the University of St. Andrews in Scotland, found that the elephants became aggressive, rather than frightened, when exposed to unworn red clothes like the ones the Maasai generally wear. So it appears that just smell or color isn't enough—rather, it's the combination of the two that draws the flight reaction. Next up, maybe we'll start seeing tips about bathing regularly and not wearing red in Kenya travel guides.