Tardigrades, Frozen for 30 Years, Spring Back to Life

We knew water bears were resilient. But how resilient are they? 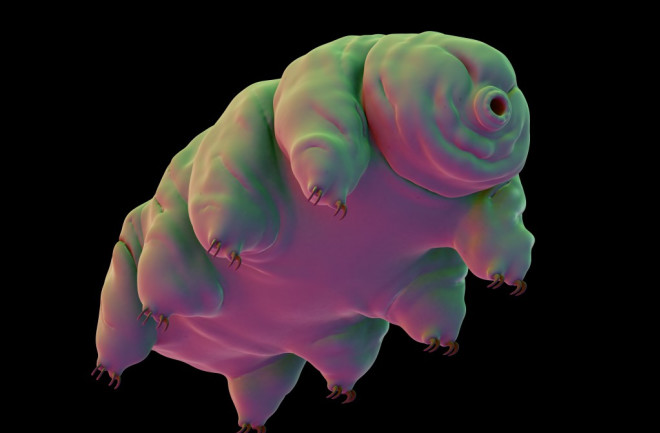 An artist's rendering of a tardigrade. (Credit: Sebastian Kaulitzki/Shutterstock)

You can freeze them, burn them, dry them out or even blast them into space, but humble tardigrades can survive it all.

As a demonstration of tardigrade power, a new experiment has shown that even locking the critters in a block of ice for three decades fails to deliver the ultimate knockout.

Japanese researchers successfully brought two tardigrades — often called “water bears” for their claws and head shape — back to life after being frozen for 30 years. A separate team of Japanese researchers with the 24th Japanese Antarctic Research Expedition discovered the eight-legged, microscopic pair of animals back in 1983 in a frozen sample of moss, which was kept below freezing to the present day.

Thirty years later, all it took was a good thaw and a nutrient-rich solution for the tardigrades to begin wiggling their legs and stretching their bodies, coming back to life after decades of stasis. Their recovery was slow, because they needed time to repair cellular damage — imagine how you would feel after spending 30 years frozen stiff.

While one died a little more than two weeks after resuscitation, the other tardigrade eventually went on to lay eggs that hatched, proving that tardigrades can not only come back to life, they also bring forth new life after a lengthy slumber. An egg found frozen alongside the two adults in 1983 hatched and went on to reproduce, as well. Researchers published their findings in the journal Cryobiology.

That tardigrades can survive in extreme conditions is already well documented, and has even led to fantastical claims that they came to Earth from outer space. Tardigrades are found almost everywhere on the planet, from the driest deserts to the peaks of the Himalayas. They even survived ten days in space in 2007, where they were exposed to near absolute-zero temperatures and harmful radiation.

The big thaw wasn’t the first documented instance of dormant tardigrade “resurrection.” A 2002 study reported the successful resuscitation of the creatures from a state of extreme dehydration. Those thirsty tardigrades only logged nine years of stasis, however.

Shutting Down to Live

When placed in an extreme environment, tardigrades’ metabolic activity ceases or slows down beyond measurable levels, and they enter a state known as cryptobiosis. Slamming the metabolic brakes during trying times preserves cellular structures and allows the animal to “reboot” its metabolism when conditions become more favorable. Other microscopic animals have this ability, such as nematodes, but tardigrades may be the most well adapted for this kind of stasis.

To put life on hold, tardigrades rid their bodies almost completely of water and replace it with the sugar trehalose. This process ensures the remaining water in the tardigrade’s body doesn’t form crystals as it expands and freezes, which could officially kill the organism. The end result is a near stoppage of cellular activity, along with the oxidation processes that cause cell aging and death.

When returned to a more habitable environment, tardigrades resume metabolic functions and repair cell damage as their bodies return to a natural state. In this way, an organism that normally lives for only a few months can extend its lifespan by decades to wait out adverse conditions.

The tardigrade hasn’t captured the reanimation crown yet though. That honor goes to a species of nematode, a type of microscopic worm. Five worms of the species Tylenchus polyhypnus were revived after a record-setting 39 years back in 1946.