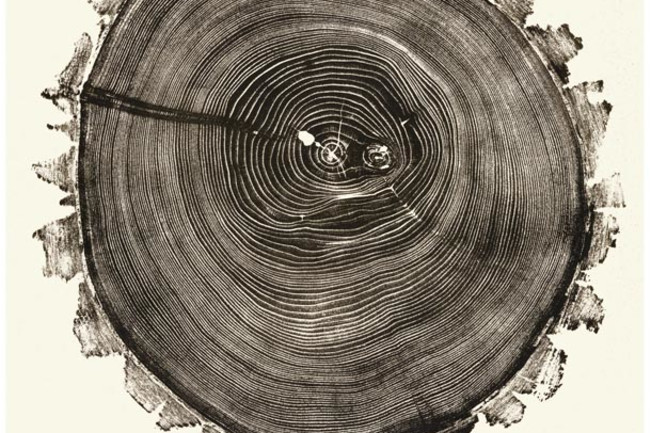 Using rescued wood from lumberyards and from land near his home, Connecticut-based artist Bryan Nash Gill cuts blocks for unique ink relief prints. Rather than cutting an image into flat plywood as in more traditional woodcuts, he lets the wood itself be the image. His eclectic choices include lumber, plywood, and even a telephone pole (cedar--over 200 years old), along with maple, ash, locust and others direct from the woods. He found his way to his first wood print during the construction of his studio--he became fascinated with the end grain of the lumber and knew he had to print it.

The resulting images tell detailed stories of the trees over time—showing how old they are, how branches healed over after a cut, what insects lived inside it, the speed and shape of growth patterns, and even the weather. He writes about the above Black Locust print: "The bark is the defining characteristic of this piece. When printed, the deep furrows form a saw blade-like image. The parallel lines in the upper left are likely the result of an insect invasion; graphically, they act as a pointer to the double center." A collection of the prints can be seen in Woodcut, Bryan Nash Gill's book published by Princeton Architectural Press. 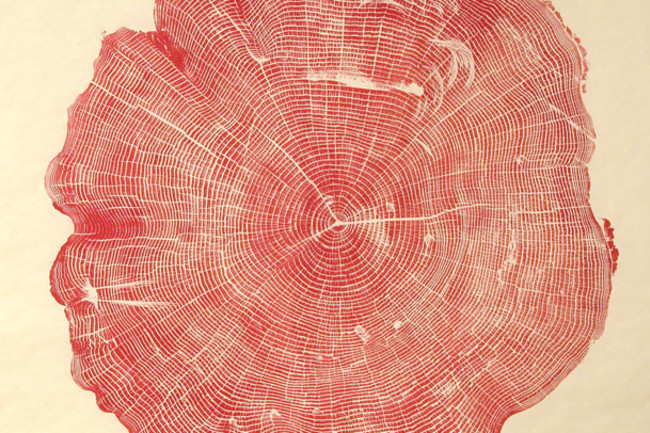 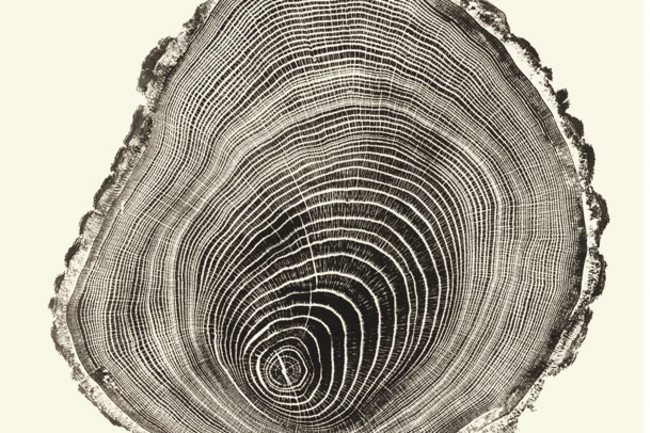 Compression Wood, 2011. "The term compression wood describes trees that grow abnormally in the forest. This growth may result from heavy snow or uprooting, or simply from the tree reaching for sunlight. The seashell-like pattern of this block implies that the tree was bending in the direction of the top of the print." 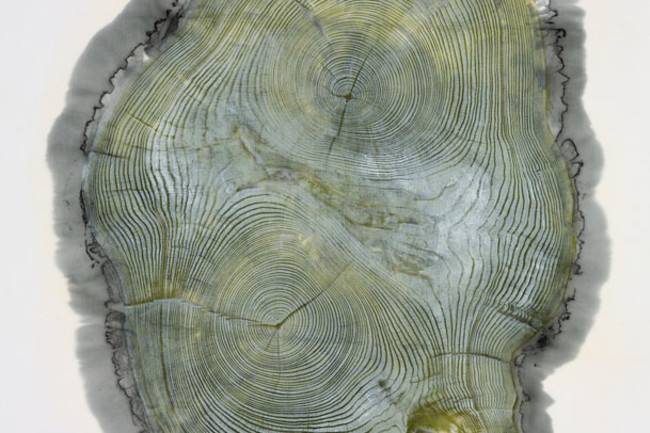 Leader, 2011. Ash printed on cotton cloth allows for color and a softer look. 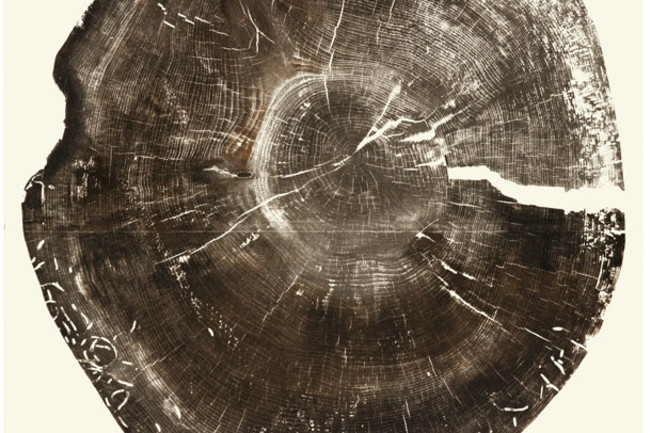 Spruce, 2008. (Norway Spruce) "Once the emperor of my neighbor's property, this tree served as a lighting rod to thwart otherwise direct hits to the house. When the tree was twenty years old, a low-lying branch was cut and at thirty, a metal spike was driven into its body. As one of the softer woods, spruce is susceptible to insect invasion, shown here as white tunneling trails." 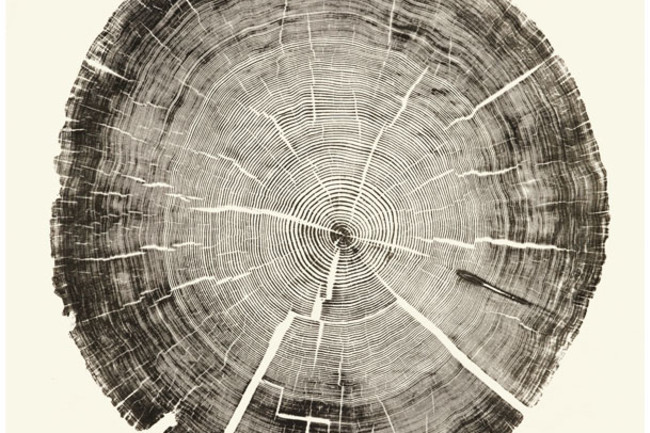 Cedar Pole, 2011. "An arborist friend brought me this cut telephone pole. We were intrigued by the extremely tight growth rings. From start to finish it was very challenging to print this piece. Every step--from raising the grain to applying the ink to pressing and printing the contours--had to be meticulous in order to clearly read each ring. Around 200 years."