Take a Virtual Tour of Pompeii on Google Street View 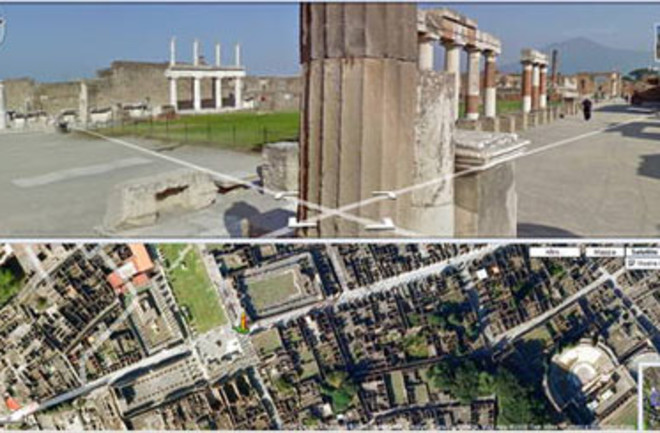 Pompeii, with its ancient mosaics and buildings preserved by the volcanic eruption that buried the town, is one of the world's most interesting destinations. But now you don't need to board a plane to visit: It's on Google Street View.

. But this week the service began to feature Pompeii, allowing people anywhere in the world to tour the ancient marvels on site.

. The eruption of Mount Vesuvius buried Pompeii in 20 feet of ash in 79 A.D., killing everyone there and destroying other nearby towns like Herculaneum. The disaster, however, preserved much of the city until its rediscovery in the 1700s, giving archaeologists a window into 1st-century life in the Roman world. Pompeii isn't the only historical site going live on Google Street View.

Among the foreign sites appearing Thursday were Stonehenge, Prague, the ancient city of Caceres in Spain and famous windmills in the Dutch village of Kinderdijk-Elshout [ANSA]