Superfreak of Evolution: The Lizard With a Humanlike Placenta

It's normal for us but very rare for a reptile. 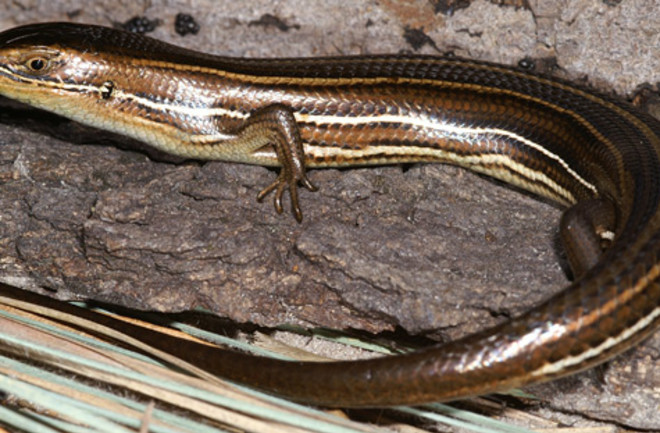 Trachylepis ivensi nurtures its fetus much like humans do. | Courtesy: Dr. Philipp Wagner

In central Africa, an unassuming little lizard has evolved a spectacular and oddly human feature of gestation: a complex placenta. It is the first time that scientists have observed such an advanced version of this organ connecting the fetus to the womb in nonmammals.

Biologist Alexander Flemming made the anatomical find, announced late last year, while sorting through specimens at the Port Elizabeth natural history museum in South Africa. Flemming and his collaborator, Daniel Blackburn, knew that about 20 percent of lizards give birth to live young, but finding the placenta came as a shock.

Whereas virtually all cold-blooded reptiles supply embryos with nutrients from a large egg yolk, five-inch-long Trachylepisivensi females ovulate small, yolk-poor eggs that implant in the uterus. As the fetus develops, its tissues become intimately entangled with the blood vessels of its mother, providing ready access to nutrients and oxygen in the mother’s blood. Sound familiar? “The fetal tissues actually invade the uterine ones, much like in humans,” Blackburn says. “It’s totally unexpected.”

Blackburn wants to reconstruct the evolution of this complex organ from simpler versions in other lizards. Doing so might even tell us about how the human placenta evolved. “It goes to show,” he says, “that you never know what diversity may be out there until you look.”