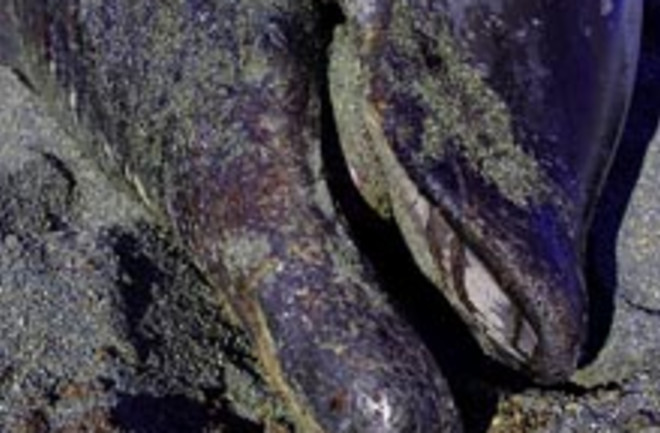 It's been a weird summer in the waters off Great Britain. First, in June, 26 dolphins washed up on the shores of Cornwall; that produced a number of possible explanations, including the idea that U.K. Navy war games in the area had frightened the marine mammals. Then a British study concluded that most of the dolphins, whales, and porpoises that died in U.K. waters were killed when they got caught in trawler fishing nets. But now, Nature has uncovered a 2007 report by the U.K. military that says sonar can change the behavior of whales in the sea. While sonar causes no direct harm to whales, the report found that submarines using it could cause animals in the area to behave strangely—the whales sang and foraged for food considerably less than normal. Sonar could be mistakenly setting off an anti-predator survival instinct; American scientists tagged beaked whales and saw that they responded similarly to sonar as they did to the call of the killer whale, which preys on beaked whales. This particular species can also dive to great depths, so if they panic and come up to the surface too quickly they can get decompression sickness—the bends—which showed up in some of the whale deaths that study leader Peter Tyack connects to American naval sonar exercises. Based solely on the anecdotal evidence from this report, it's hard to say that sonar was the major cause of the dolphins and other sea creatures dying on the Cornish shore. Still, the British military says they're at lest trying to find ways to protect sea creatures, whether that's using different kinds of sonar or staging war games in different areas.