Study: Evolution Education in U.S. Schools Is in a Sorry State 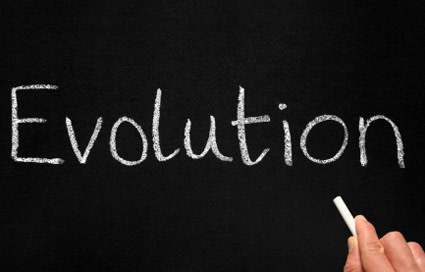 Though attempts to teach creationism (or its twin sister, intelligent design) in the classroom have been struck down in court, these anti-science approaches still influence the teaching of evolution in American schools. Barely more than one-quarter of 926 high school science teachers who responded to a survey published in Science this week unabashedly taught evolution in their classrooms. Michael Berkman and Eric Plutzer of Penn State have been watching this story for years, tracking whether courtroom victories like 2005's

truly freed up teachers to teach evolution without fear. In an early 2008 study, a book, and new results published in Science, the answer is a depressing "no":

Only 28% of the 926 teachers surveyed, "unabashedly introduce evidence that evolution has occurred and craft lesson plans so that evolution is a theme that unifies disparate topics in biology." ... Most biology teachers belong to the "cautious 60%," who are "neither strong advocates for evolutionary biology nor explicit endorsers of nonscientific alternatives," the study says. [USA Today]

It's not that a wave of creationism is overtaking our biology teachers—just 13 percent of respondents said they advocated that viewpoint. What's more likely, Berkman and Plutzer say, is a crisis of confidence. Says Berkman:

"The survey left space for [the teachers] to share their experiences. That's where we picked up a lot of a sense about how they play to the test and tell students they can figure it out for themselves. Our general sense is they lack the knowledge and confidence to go in there and teach evolution, which makes them risk-averse." [LiveScience]

Indeed, some of the data appears to bear this out. Among the 28 percent of teachers who vehemently teach evolution, 26 percent of that group rated themselves "exceptional" teachers." But among the "cautious 60 percent," only 7 percent held their own skills in the same regard. Plutzer, in an interview with Ars Technica

"Their command of the material is not there. They don’t feel confident in explaining things to parents. So, when they are challenged, the best way to avoid a problem is not to push the envelope. They then teach in as uncontroversial a way as possible. If we can improve their confidence, teach them the counter arguments, and update them on the scientific evidence, they will be less timid and be more willing to implement an evolution curriculum enthusiastically." [Ars Technica]

Otherwise, we may end up mired in the inane swamp of "teaching the controversy." From the study:

Students should make up their own minds, explained a Pennsylvania teacher, “based on their own beliefs and research. Not on what a textbook or on what a teacher says.” Many of these teachers might have great confidence in their students' ability to learn by exploration. But does a 15-year-old student really have enough information to reject thousands of peer-reviewed scientific papers? This approach tells students that well-established concepts like common ancestry can be debated in the same way we debate personal opinions.

: How do you grow a bumper crop of great math and science teachers? 80beats: “Science Is Cool And Fun”: 8-Year-Old Kids Get Their Bee Study Published

80beats: The Nation's Science Report Card Is Out, And It's Not Pretty