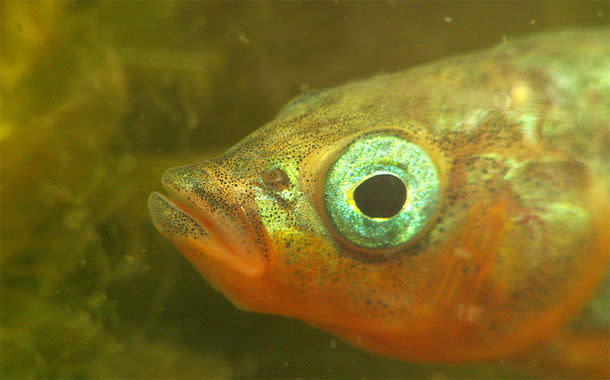 Apathy, weary sighs, and fatigue: these are the symptoms of the psychological malaise that Carl Zimmer calls Yet Another Genome Syndrome. It is caused by the fast-flowing stream of publications, announcing the sequencing of another complete genome. News reports about such publications tend to follow the same pattern. Scientists have deciphered the full genome of Animal X, which is known for Traits Y and Z, which could include commercial importance, social behaviour, being closely related to us, or just being exceptionallyweird. By understanding X’s collection of As, Gs, Cs and Ts, we may gain insights into the genetic basis of Y and Z, which will be terribly important and there will be parties and cake. Note the future tense. The value in sequencing yet another genome is almost never in the act itself, but in enabling an entire line of subsequent research. It’s the harbinger of news; it’s rarely news itself. But there are exceptions. This week, there’s a paper about a new animal genome that goes the extra mile. It includes not just one full sequence, but twenty-one. It doesn’t just spell out the creature’s DNA, but also uses it to address some big questions in evolutionary biology. And its protagonist is a small, unassuming fish – the three-spined stickleback. Sticklebacks are just a few inches long, and defend themselves with spines and plates of body armour running down their sides. But they fascinate scientists not for how they look, but what they did. Sticklebacks originally lived in the ocean, and many still do. When the last Ice Age ended some 10,000 years ago, retreating glaciers allowed the fish to repeatedly invade the world’s streams and lakes. In freshwater, they faced weaker but faster predators, so they lost their spines and armour and became smaller and more agile. Their lifestyles, colour, mating habits, salt tolerance and diets also changed. Freshwater sticklebacks around the world have independently picked up the same adaptations, often by tweaking the same genes, and often in just a few generations. This rich history has turned the three-spined stickleback into a supermodel of evolutionary biology. It gives us an unprecedented look at how species adapt to new environments, and whether they do so in predictable ways. David Kingsley from Stanford University has been studying the stickleback for many years, and his team have now published the animal’s full genome. They first sequenced a single female from Bear Paw Lake in Alaska, going over each part of her DNA around 9 times. Most genome papers leave things there, but Kingsley’s group also sequenced 10 other pairs of sticklebacks from Asia, North America and Europe. Each pair included a freshwater fish, and a marine one from a connected population.

By scouring the 21 genomes, Kingsley’s team found 147 regions that differ between marine and freshwater neighbours, but are similar in freshwater fish around the world. As different stickleback groups left their salty ancestry behind, they repeatedly tweaked these few select areas, which make up just 0.2 per cent of their full genome. But these shared tweaks can’t account for all of the adaptations that arise in freshwater populations. The team demonstrated this by focused on fish from a single place – the River Tyne in Scotland. The river has a ‘hybrid zone’, where marine and freshwater individuals often meet and breed. The fish at opposite ends of this zone differ at various parts of their genome, and only a third of these differences are found in other marine and freshwater pairs around the world. The rest may represent adaptations that are specific to the Tyne group. The regions that Kinglsey identified include some genes that have been clearly linked to stickleback adaptations before. For example, the EDA gene controls how much armour they have, and the WNT genes affect the growth of their kidneys, and thus their tolerance to salt. But just 17 per cent of the regions that separate marine and freshwater fish map to actual genes. A far greater proportion – 41 per cent – consists of “regulatory regions” that control how, when and where genes are used. (The other 42 per cent couldn’t be firmly assigned to either category). This speaks to a longstanding question in evolutionary science: do adaptive changes happen more often in genes themselves, or in the bits of DNA that control them? Lab experiments have focused on the former, but Kingsley’s study shows that regulatory changes dominate (although both types are important). So, right from its announcement, the stickleback genome (or rather, the 21 stickleback genomes) has already started to prove its worth. But as always, it sets up even more questions. As Hopi Hoekstra from Harvard University writes in an accompanying editorial: “Our focus must now shift to ‘why’ questions?” Why is it that some adaptations to freshwater life involve the same old genes, but others do not? Why do such adaptations more often involve regulatory regions rather than genes? And sticklebacks haven’t just repeatedly adapted to freshwater life. There are also recurring differences between lake specialists and stream specialists, between open-water swimmers and bottom-dwellers. Giants have evolved again and again. What genetic changes lie behind these adaptive leitmotifs? And Juha Merilä from the University of Helsinki, who also works with sticklebacks, points out that most physical traits, such as size or sexual maturity, are probably affected by hundreds of genes. As such, the number of regions that Kingsley identified is on the low side. “It seems that lot remains still to be uncovered and understood.” However, that’s true of most physical traits. “The study paves the path for the sticklebacks to become an animal model to address these issues,” says Merilä. “One thing’s for sure: the availability of 21 new full genome sequences for the threespine stickleback is a very welcome resource for people working with evolutionary genetics!” The stickleback has undergone a grand evolutionary experiment, replicated many times over around the world. The results from these experiments have been recorded in their genomes, and thanks to Kingsley, we can now start to examine this global store of hidden data. PS: There’s a slightly sad coda to this tale. The sticklebacks from Bear Paw Lake, where the first sequenced female hails from, might soon be wiped out. The lake has been invaded by the northern pike, a fierce predator that the weakly armoured freshwater sticklebacks have no defence against. It has already wiped out the populations in nearby Prator Lake. If it repeats the same trick, the Bear Paw sticklebacks’ contribution to science may be a posthumous one. Reference: Jones, Grabherr, Chan, Russell et al. 2012.The genomic basis of adaptive evolution in threespine sticklebacks. Nature http://dx.doi.org/10.1038/nature10944Image from Piet Spaans and Nature