Researchers are using them to study how the colony defends itself. 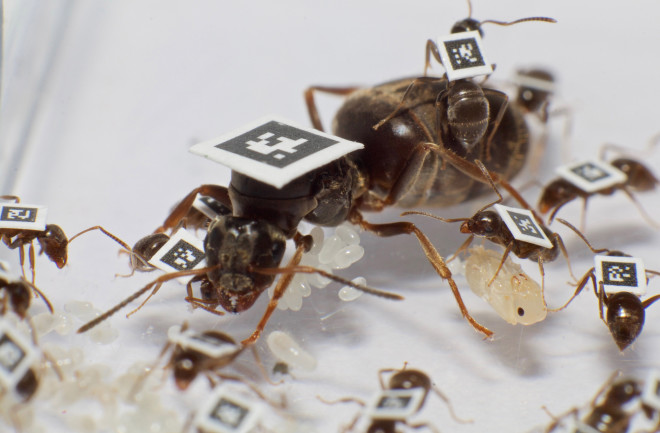 A queen ant and her nurses sport unique QR code labels as part of a study to observe how an ant colony defends itself against pathogens. European researchers observed thousands of tagged ants, photographing them every half-second to precisely document the social interaction among the different kinds in the colony. “I personally tagged 4,400 ants,” says biologist Nathalie Stroeymeyt of the University of Lausanne in Switzerland. She anesthetized each ant with carbon dioxide before placing a drop of glue onto the insect’s thorax to hold the tag in place. “At top speed, this takes me about one minute per ant,” she adds, “so this represented over 75 hours of work.”

[This story originally appeared in print as "A Code for Colony Health."]