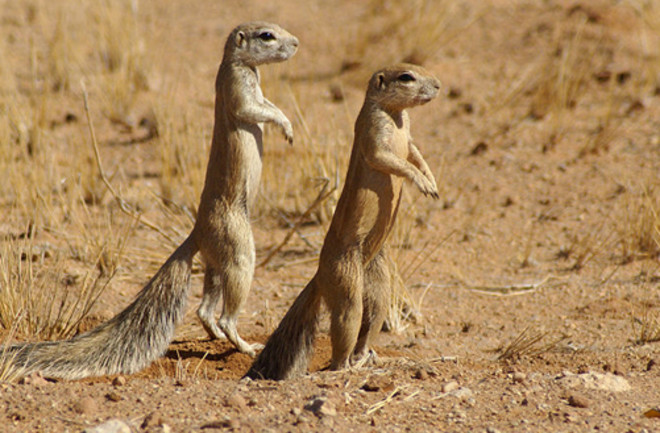 There’s a famous picture that has probably been burned into the retinas of anyone who spends a lot of time on the internet. It’s a squirrel, standing up, with a surprisingly huge pair of testicles dangling beneath him. That’s a Cape ground squirrel and the image isn’t a fake. Males have a scrotum that’s 20% of their body length (excluding the tail) and their penis is more than twice as long.

These mighty genitals suggest that sex, and sperm in particular, is a serious business for Cape ground squirrels. To get the best odds of fathering the next generation, they need to ensure that it’s their sperm that fertilises the female’s eggs and not those of rivals. So they make a lot of it; hence, the oversized testicles.

But Waterman thinks that both of these hypotheses are wrong, at least when it comes to Cape ground squirrels. She should know; she spent around 2000 hours spying on the animals with a pair of binoculars, noting every interaction between them, and every sexual act among the local males.