The cover is blown on these creatures that have a particular set of skills. 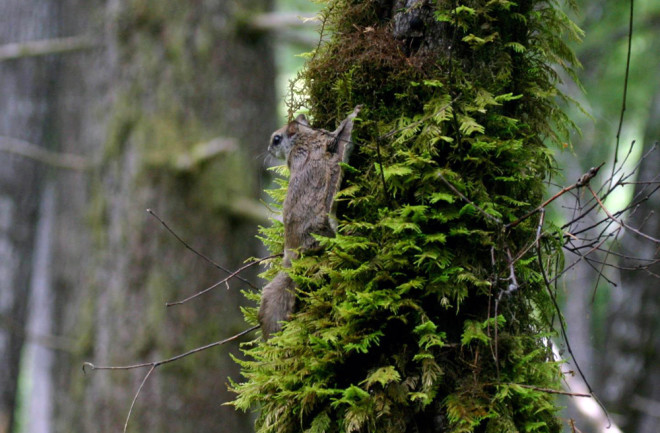 Stealth, disguise and some good hiding spots had previously left these agents undetected. The species that scientists exposed and identified in 2017 had been squirreled away in all kinds of places, from the depths of remote oceans to right under our noses.

Codename: Humboldt’s flying squirrelName:Glaucomys oregonensisCompromised: MayKnown territory: Pacific NorthwestPhysical characteristics: Webbed skin between limbs and torso, used for gliding down from heightsNotable skills/traits: CAMOUFLAGE/IMPERSONATION: Since the 1800s, G. oregonensis remained hidden among populations of other flying squirrels in the Pacific Northwest and Canada. However, recent genetic testing has outed G. oregonensis as a separate species.

Codename: Crypt-keeper waspName:Euderus setcompromised: January Known territory: Southeastern U.S.Physical characteristics: Iridescent exoskeletonNotable skills/traits: STEALTH ASSASSINATION AND IMPERSONATION: It wasn’t until one researcher happened upon this wasp’s home on a casual stroll that its cover was blown. E. set lays its eggs in the new, growing stems of oak trees, in which another wasp, the crypt gall wasp, has also laid its eggs. Just as the new generation of adult gall wasps bores its way out of the tree, newly hatched E. set wasps kill their hosts, eating their way through their victims’ bodies and hiding in the corpse until they reach maturity.