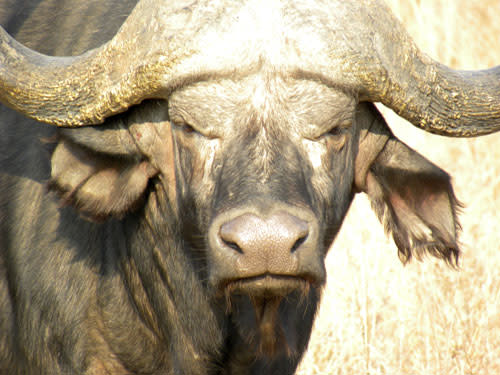 To me, this portrait sums up the essence of the Cape buffalo, an imposing animal with a reputation for being grumpy and unpredictable.

Of all the debatably named "Big Five", this was the one we saw most often and frequently in very large herds indeed. With those massive bony lumps (they're called "bosses"), they're re not really animals that you want to start honking or revving out of the way, so we spent a lot of time sitting in the jeep and patiently waiting for a herd to cross the road. And when does the Cape buffalo cross the road? Whenever it bloody well wants to. 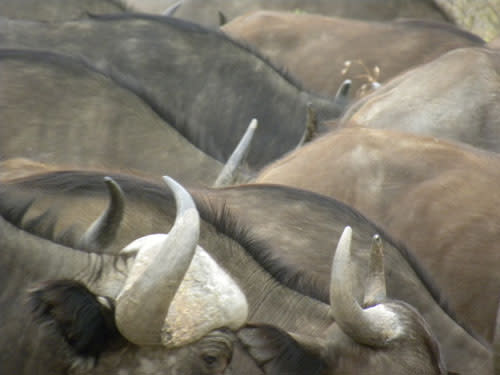 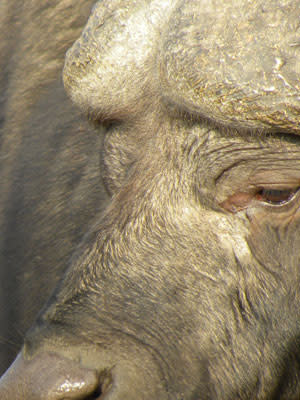 Of course, there's a great game you can play while waiting for a herd to pass - try to take the funniest possible shot of their attendant oxpeckers. My entries below: 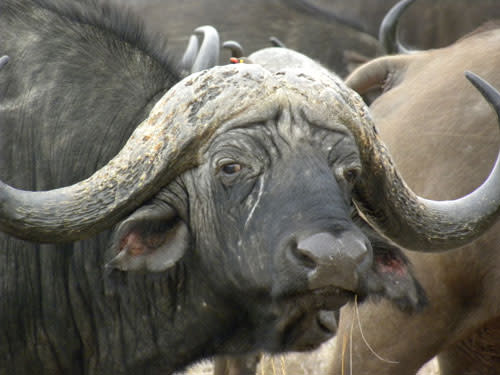