Something in the Water

Count underwater archaeologist Jessi Halligan among the cowboys of science. 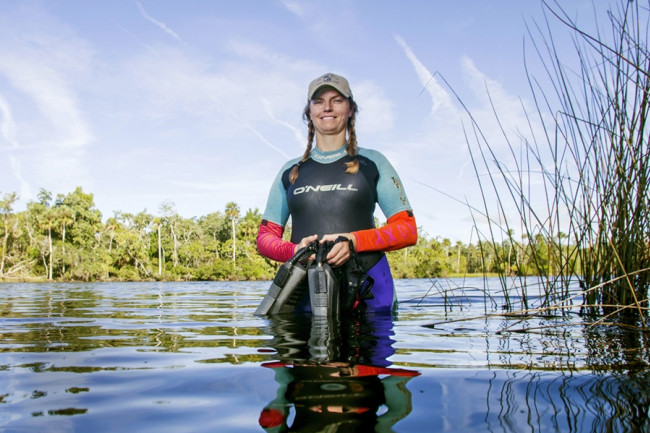 Florida State archaeologist Jessi Halligan is one of the few in her field who explore submerged terrain that used to be above the water line. (Credit: Mark Wallheiser)

As an archaeologist at Florida State University, Jessi Halligan blends her love of teaching with her passion for underwater excavation of cultural artifacts. She got to indulge that passion when she and her team made a discovery, reported this past spring, in the Florida section of the Aucilla River.

Deep in a sinkhole, buried in a pile of sand and mastodon dung, was a small, ancient knife used for hunting and cutting carcass meat from the bone. The dung dates back roughly 14,500 years — some 1,500 years before the Clovis people, who were long thought to have been America’s first human inhabitants. Discover caught up with Halligan to learn more about the find and the murky world of underwater archaeology.

Q: First off, what’s the impact of the Aucilla River knife discovery?

A: A lot of us thought the Americas were populated by folks who came from Siberia across the Bering Land Bridge into Alaska and Canada. However, Canada wasn’t walkable 14,500 years ago — it was covered by ice. So if people were in Florida 14,500 years ago and there was no land route through Canada, then the first people who came to the Americas probably came by boat. Therefore, we really need to start re-examining when and where people came from and what we thought we knew. We don’t have all the answers we thought we did. 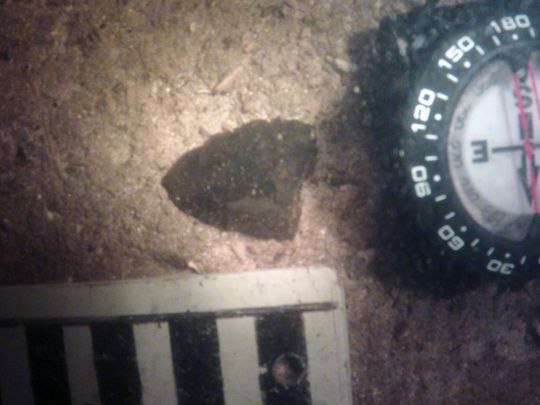 Q: Why did you decide to get into archaeology?

A: To me, it’s that combination of things: using your body as a tool to help you understand things, as well as using your brain to think about what those things meant and applying that to the big picture about people.

Q: How many underwater archaeologists are there?

Q: What are some of the challenges you face underwater that you wouldn’t on land?

A: The water’s really dark, so you can’t see a long ways away, and you can’t have as many people working at the same time. Also, you can’t talk underwater, so you have to communicate via hand signals, which can slow things down.

A: If you talked to other archaeologists, they would think that a lot of [underwater archaeologists] do this because we like to scuba dive and that we aren’t trying to answer research questions. We have this reputation as the cowboys of science — most of us aren’t like that. Most of us are just as serious as our terrestrial compadres. I work on land as much or more than I work underwater; I just feel that water lines shouldn’t be a limitation to your research.

"This article originally appeared in print as "Q&A: Jessi Halligan."