Social animals evolve to stand out among the crowd 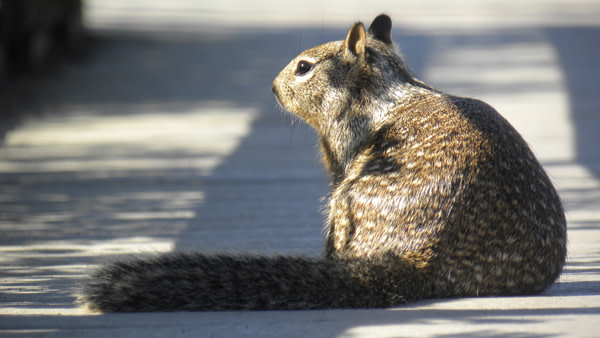 There’s a wonderful cartoon by Gary Larson where a penguin, standing amid a throng of virtually identical birds, sings, “I gotta be me! Oh, I just gotta be me...” As ever, Larson’s The Far Side captures the humorous side of a real natural dilemma. Social animals spend time in large groups, but they still have to tell the difference between individuals so they can recognise mates, young, leaders and rivals. As the groups get larger, so does the scope of this challenge, and some species meet it by evolvingindividuality. As groups get bigger, their members become more distinctive. Kimberly Pollard and Daniel Blumstein from the University of California, Los Angeles studied different species of ground squirrels, each with a different social structure. They range from the black-tailed prairie dog or yellow-bellied marmot, which live in groups of around six individuals, to Belding’s ground squirrel, which lives in groups of ten or more. 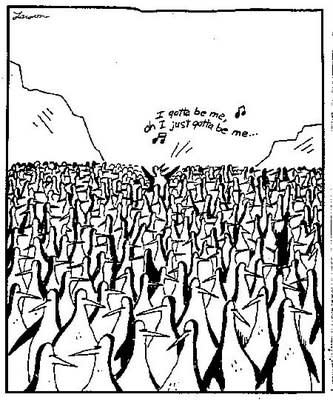 Pollard and Blumstein found that the more sociable a squirrel is, the more distinctive their individual alarm calls. They recorded thousands of alarm calls from eight different species and for each one, they calculated “Beecher’s information statistic”. It’s a number that measures individuality, by looking at how much certainty a call provides about the identity of the caller. And as the squirrel groups got larger, so did this number. An animal like Belding’s ground squirrel has more “signature features” in its alarm calls than a black-tailed prairie dog. In fact, group size was the biggest driving force behind individuality, explaining 88% of the variation in this important trait. Put another way: if you knew the size of a squirrel’s community was, you could make a fairly accurate stab at how unique its members’ calls were. As Pollard and Blumstein write, “The bigger the crowd, the more it takes to stand out.” Michael Beecher (of Beecher’s information statistic fame) first proposed the idea that sociable species should be more individual in their messages back in 1982. Since then, several studies have supported his idea. Slender-billed gulls, whose nestlings gather in large communal crèches, have more personally distinctive calls than black-headed gulls, whose chicks stay in the nest. Carolina chickadees make more complex calls if they live in larger groups. And the calls of bat species get more complex as their colonies get larger. Pollard and Blumstein think that the relationship is widespread but not universal. It will probably hold in other strongly sociable animals like dolphins, carnivores, or primates. It’s less likely to apply to groups that are more fluid or impersonal, such as fish schools or insect swarms. These congregations come together for sheer numbers; the ability to discern individuals isn’t very important. Likewise, for ants, bees or termites, it’s more important to recognise members of the same group rather than specific individuals. Reference: Pollard & Blumstein. 2011. Social Group Size Predicts the Evolution of Individuality. Current Biology citation tbc. More on squirrels