Underwater archaeologists excavating Lake Titicaca in Bolivia, South America, have been uncovering artifacts like this bowl. 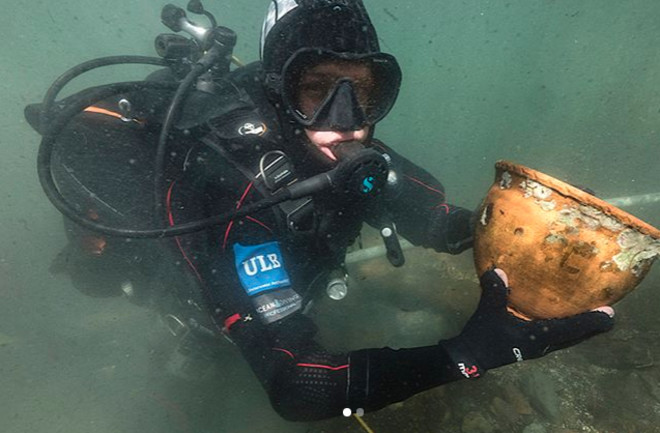 Underwater archaeologists excavating Lake Titicaca in Bolivia, South America, have been uncovering artifacts like this bowl. The finds offer clues to a long-vanished culture. Recently, a group working on Khoa Reef at the lake have uncovered a number of ritual offerings, including ceramic puma shaped incense burners, the remains of sacrificial llamas, and ornaments made of shell, gold and stone.

The reef is located near the Isla del Sol (Island of the Sun), an important religious site to the ancient Incas. These findings predate the Incas by about 500 years, suggesting organized religion appeared in the area far earlier than previously thought. "Our research shows that the Tiwanaku people, who emerged in Lake Titicaca between 500 and 1,100 AD, were the first people to offer items of value to religious deities in the area,” Jose Capriles of Penn State, who was part of an international team conducting the research, said in a press release. The puma, Capriles notes, is a very specific kind of ritual vessel that is mostly present in sites important to the Tiwanaku. Anchors found near the items suggest they were made to be submerged.