SNAPSHOT: Researchers Put a Bat in a Wind Tunnel to Study its Flight 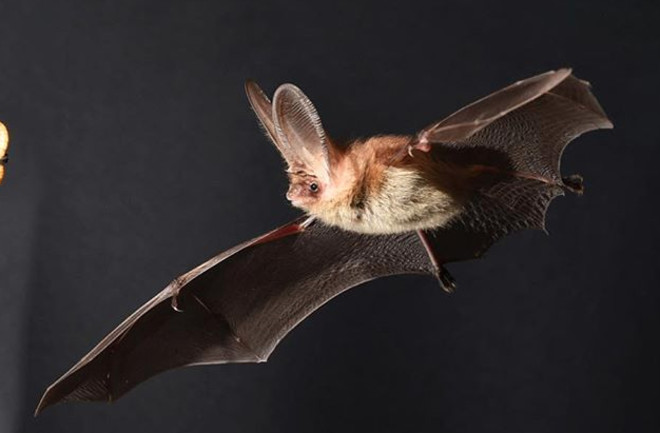 (Credit: Anders Hedenström) This little bat is chasing snacks for science. And in the process, he's teaching us more about aerodynamics. This guy is one of two brown long-eared bats (P. auritus) trained to fly in a wind tunnel by scientists at Sweden’s Lund University. It turns out there’s still a lot we don’t know about bat flight, particularly when it comes to turning in midair. To investigate this, the research team created a unique experimental setup combining a wind tunnel, high speed cameras, and a mealworm attached a sliding device. The air was seeded with tiny particles to help visualize airflow, a technique known as particle image velocimetry. The study, published in Journal of the Royal Society Interface, showed that the bats most often maneuver on the upstroke of their wings, previously considered insignificant compared to the more powerful downstroke. This is the first time scientists have directly measured the aerodynamics of maneuvering animals in flight. Such studies could help shape the future of more agile drones. If picturing your Amazon package being delivered by a quadcopter isn’t novel enough, imagine it being dropped off by a robobat!