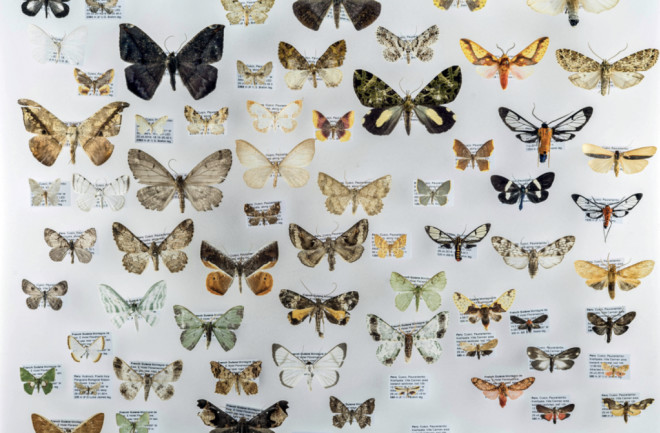 (Credit: Gunnar Brehm/FSU Jena) Elevation matters when it comes to moth size. This selection of geometer (left) and tiger moths (right) from the tropics are arranged according to the elevation they were found at. Researchers from three universities in Germany and the United States measured a lot of moths - more than 19,000, in fact, from 1,100 different species - to figure this out. “Never before has a study been carried out with so many species along a complete elevational gradient - from lowland rainforest to the summit of a volcano in Costa Rica,” notes lead author Gunnar Brehm of the University of Jena. The results, published in the journal Ecography, show a clear pattern. “We had actually presumed that these animals would become smaller at higher elevations. With a smaller wingload to carry, the moths would cope better with the thinner air when flying,” added Brehm. “However, in actual fact the load clearly increases." That means other factors may play a bigger role, like the so called "temperature-magnitude rule" that suggests all animals get bigger at lower temps. "Height plays a key role in the ecology and evolution of organisms," Brehm said in a statement.