SNAPSHOT: How The Devil Ray Got Its Horns 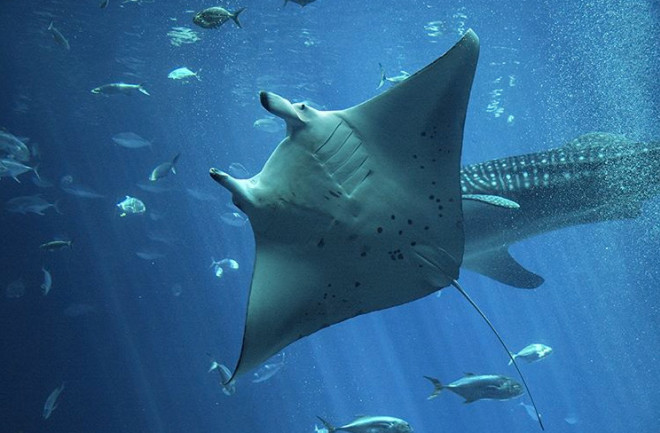 (Credit: Justin Henry/zappowbang via Flickr) How did the manta ray get its horns? That’s something biologists at San Francisco State University have been trying to figure out. While not actual horns, the two fleshy growths are the reason why the manta are called “devil rays.” A new study published in the journal Frontiers in Ecology and Evolution shows that these hornlike lumps, known as “cephalic lobes,” are actually the foremost part of the manta ray’s fin and not separate appendages, as previously believed. Scientists collected genetic samples from devil ray embryos during different stages of fin development to see which genes were active. They paid particular attention paid to the “Hox” group of genes, which are crucial to appendage development in all animals. With the right genes activated, the research team watched a tiny notch in the ray’s fin get deeper and wider, growing into two distinct parts — one for swimming, one for feeding … the all-purpose fin!