Smell of Sex Pheromones Colors Our Perception of Gender 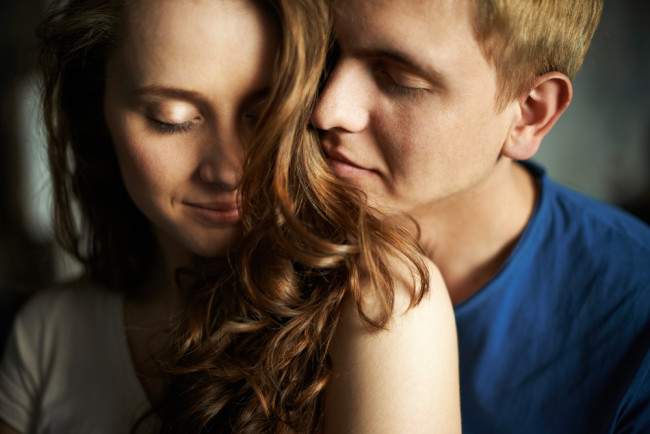 Have you ever wondered why some people passing on the street seem to catch your eye more than others? Some biologists think human sex pheromones could be to blame. But though plenty of other animals use pheromones in mating, the chemicals’ existence in humans has been hotly contested by researchers for years. A new study claims to have found further evidence that humans send sexual signals in their scents---and that our perception of these pheromones differs depending on our sexual orientation.

Wen Zhou at the Institute of Psychology, Chinese Academy of Sciences began by gathering a total of 96 volunteers---24 heterosexual men, 24 heterosexual women, 24 homosexual men, and 24 bisexual/homosexual women---and taking their Kinsey scores, a standard self-reported measurement of sexual orientation. The researchers then had the subjects sniff doses of a chemical called androstadienone, found in male semen and armpits, which previous studies have associated with physiological arousal in females. In another round of testing, subjects sniffed estratetraenol, found in female urine, which has been associated with similar responses in males. The researchers masked each of the chemicals in a clove-scented carrier solution, which meant the subjects didn’t know which chemical (if any) they were getting. At the same time the researchers showed volunteers a series of animations known as point-light walkers, which use sets of dots to represent the movements of stick-figure-like characters. Seven different figures were shown, ranging from a slightly masculine walking style to a slightly feminine one. Subjects were asked to decide whether the figures were male or female.

were published in the journal Current Biology. The findings appear to indicate that we do indeed perceive sexual cues by scent, and that that perception varies with sexual orientation. However the study groups were small, and the choice of carrier solution poor, says Charles Wysocki, a behavioral neuroscientist Monell Chemical Senses Center. “The authors use concentrations of androstadienone that are over 2,000 fold higher than those found in human secretions,” Wysocki says. “And clove oil, which was used as the masking/control odorant, is an analgesic---a very poor choice for an important control experiment.” Zhou is optimistic, though. “I don’t really think the existence of human sex pheromones is widely accepted,” she says, “but a number of studies have examined the effects of androstadienone or estratetraenol on mood and physiological state. So evidence for these pheromones is accumulating.” Based on this evidence, Zhou plans to explore how, exactly, these chemicals impact human brain activity, in order to better understand how differing brain responses reflect differences in sexual orientation.