Shrews' Heads Shrink and Grow With the Seasons 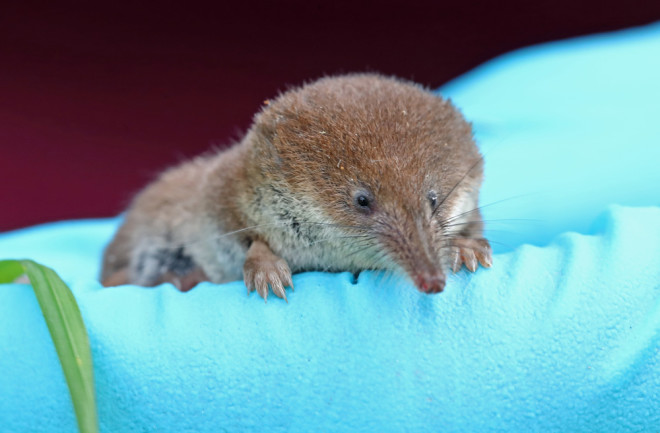 (Credit: Javier Lazaro) Creating shrunken heads—small, severed human heads that are widely associated with Voodoo and tribal rituals—is a gruesome process, apparently much more than what’s shown in Beetlejuice. But leave it to the animal kingdom to prove there’s a natural, less sinister way to shrink a head. Red-toothed shrews’ heads seasonally reverse sizes once they're adults, something called the Dehnel phenomenon, which was first discovered in 1949. We now have more information on how much a shrew's skull actually changes thanks to a new research report published Monday at Current Biology. This report is the first to fully document the changes by following individual shrews throughout seasonal changes. Researchers found shrew skulls shrink up to 20 percent from summer to winter, according to the study. Studying these alterations could help us understand how some complex degenerative processes could be reversed. https://youtu.be/mfNErmpwErw?t=1m19s

A group of scientists captured 12 shrews and implanted them with a microchip after conducting X-rays of their skulls. They captured the same shrews, documenting seasonal changes in their bodies. Between summer and winter, these tiny snout nosed mammals’ heads were shown to decrease as much as 20 percent. Once the frigid weather cleared, their heads grew by about 15 percent. And as creature’s head fluctuates, so goes the rest of its body: organs lose mass, the spine gets shorter, and its brain gets smaller. "The morphological changes that we document are part of an extraordinary adaptive process that enables individuals to morph from a larger summer phenotype to winter phenotype by reducing the size of the body," the study states. Scientists point out that shrinking the brain might help the little mammals store up enough energy to survive winter, as they don't hibernate or migrate. We still don’t know exactly why or how shrews seasonally shrink. We also don't know if these changes cause any cognitive problems. Scientists plan to conduct further research to answer to those questions.