Should the new flu stay secret? Or does secrecy kill? 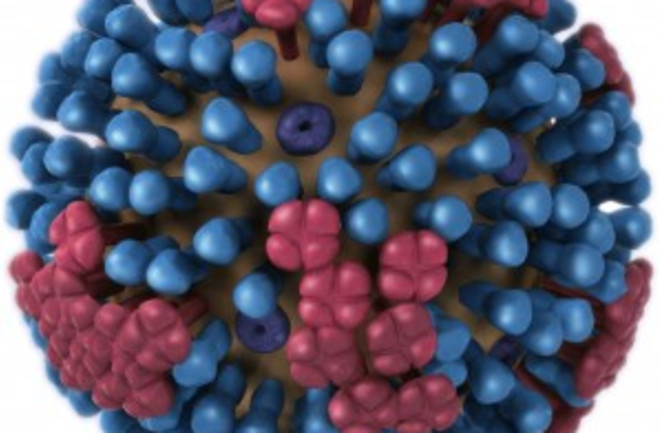 Recently I blogged about a new strain of potentially dangerous flu that evolved during experiments in the Netherlands and Wisconsin. There I tried to counter the misconception that scientists had intentionally concocted this particular strain. Because these new flus actually evolved pretty quickly in laboratories, we now know we should take seriously the possibility that this transformation may happen in the outside world someday. But there's a second issue at play with this new virus: should the world get to see its genome? As Martin Enserink reported last month, both teams of scientists have submitted their papers for publication. Normally, such a paper might include the entire genome of the new viruses. This was a touchy subject, so the papers went under review by the U.S. National Science Advisory Board for Biosecurity (NSABB). Today, the editors at Science passed on the NSABB's reccommendations. I'll quote them here in full:

The National Science Advisory Board for Biosecurity (NSABB) made the following recommendations regarding the publication of two manuscripts on highly pathogenic avian influenza A/H5N1:

1. Neither manuscript should be published with complete data and experimental details.

2. Conclusions of the manuscripts be published but without experimental details and mutation data that would enable replication of the experiments.

a) Text should be added describing: 1) the goals of the research, 2) the potential benefits to public health (including informing surveillance efforts, pandemic preparedness activities, and countermeasure development and stockpiling efforts), 3) the risk assessments performed prior to research initiation, 4) the ongoing biosafety oversight, containment, and occupational health measures, 5) biosecurity practices and adherence to select agent regulation, and 6) that addressing biosafety, biosecurity, and occupational health is part of the responsible conduct of all life sciences research.

b) The NSABB should develop a statement that explains their review process and rationale for the recommendations. This statement will be provided to the journals to consider for publication.

c) The USG should encourage the authors to submit a special communication/commentary letter to the journals regarding the dual use research issue.

In essence: "Delete the recipe and the mutations." The editors at Science released a statement of their own, which I'll quote in part:

The resulting virus is sensitive to antivirals and to certain vaccine candidates and knowledge about itcould well be essential for speeding the development of new treatments to combat this lethal form ofinfluenza. The NSABB has emphasized the need to prevent the details of the research from falling intothe wrong hands. We strongly support the work of the NSABB and the importance of its mission foradvancing science to serve society. At the same time, however, Science has concerns about withholdingpotentially important public‐health information from responsible influenza researchers. Many scientistswithin the influenza community have a bona fide need to know the details of this research in order toprotect the public, especially if they currently are working with related strains of the virus.

Science editors will be evaluating how best to proceed. Our response will be heavily dependent upon the

further steps taken by the U.S. government to set forth a written, transparent plan to ensure that anyinformation that is omitted from the publication will be provided to all those responsible scientists whorequest it, as part of their legitimate efforts to improve public health and safety.

Science supports the 2003 joint Statement on Scientific Publication and Security, published in Science,

Nature and PNAS. The statement notes that "open publication brings benefits not only to public health

but also to efforts to combat terrorism." It further emphasizes the need to publish “manuscripts of highquality, in sufficient detail to permit reproducibility,” and it recognizes that there may be occasionswhen a paper "should be modified, or not be published."

In essence, "We haven't decided yet. It would be nice if you let us know how responsible scientists could get hold of the data." Vincent Racaniello

, a virologist at Columbia University, thinks taking this path is a bad idea. Here's how he put it to me when I sent him the statements:

It doesn't make any sense to publish Fouchier's paper without complete data and experimental details. The point of a science paper is to enable others to duplicate the findings. Are we going to set a new precedent, where security matters override the reason for publication? This is setting a very dangerous precedent for virology and biological sciences in general.

I disagree with the NSABB recommendations, because they have no scientific basis...one cannot conclude that the mutations selected by Fouchier [the head of the Dutch research team] will have effects on transmission of the virus among humans. I understand that if you publish the plans for a nuclear weapon, that may enable a terrorist to make one, but the Foucher finding doesn't enable anything except more experiments. And that is why the paper should be published - to allow virologists to extend his findings and determine what controls transmission of H5N1 viruses. Often the best experiments are done by scientific unknowns who take an interest in a problem and apply a fresh view. If you restrict dissemination of this information, you are limiting our eventual understanding of the problem.

that the virus researchers have decided to redact the contested parts of the papers, which are being considered by Science and Nature.