Should Conservationists Allow Some Species to Die Out

In the battle to save endangered animals, some environmentalists say we should ignore the charismatic pandas and condors and instead practice "conservation triage." 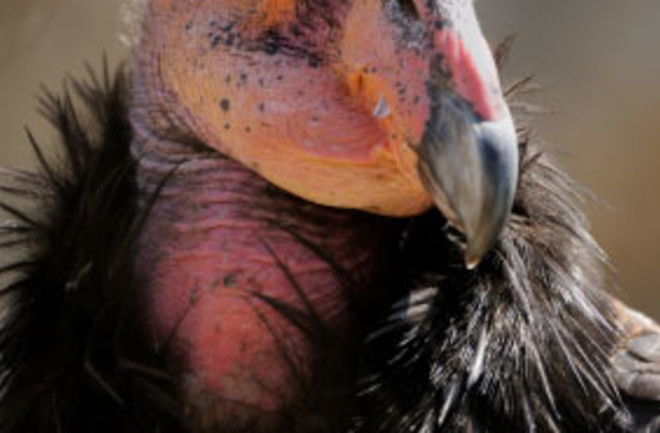 In 1987 wildlife scientists trapped the last of the 22 living California condors, bred them in captivity, and after five years began releasing the birds. A quarter century later, the condor population stands at 381, with 192 living in the wild. An ongoing monitoring and maintenance program that costs more than $4 million a year helps keep them going.

The divisive question facing conservationists is whether the condor’s rescue represents an inspiring success or a waste of limited resources. In October the International Union for Conservation of Nature reported that one in five vertebrates worldwide is threatened, and more join their ranks every year. But funding for conservation is finite, and one outspoken camp of researchers, led by ecologist and mathematician Hugh Possingham of the University of Queensland in Australia, says it is time for the global rescue operation to adopt the mind-set of a battlefield medic: Some endangered species are far more likely to recover than others, so we should identify those and save as many as we can. As for the rest, University of Adelaide ecologist Corey Bradshaw says, “It makes no sense to waste money on the doomed if there is no reasonable chance of lifting their numbers into the thousands.”

With its small population, high costs, and continued dependence on human intervention, the California condor would probably not make Possingham’s priority list. “You could save hundreds of butterfly species with the same investment being put into the condor,” he says. Possingham recently analyzed endangered animals and plants in New Zealand and found that for the same budget required to save a single bird species there, the North Island brown kiwi, six other threatened species could be protected.

Conservation triage, as Possingham and others call it, has some commonsense appeal and gives decision makers numbers to latch onto in a field where choices can seem arbitrary. But the idea of prioritizing species and abandoning some to extinction rankles many conservationists. Focusing on the cheapest wins “may increase the short-term tally of species, but we would end up saving only the most convenient ones,” says wildlife biologist David Jachowski of the University of Missouri. “Rare or declining species are typically poorly studied, so the easiest to conserve might not be the most ecologically important.” Other triage opponents say numbers can be misleading: In the late 19th century, Africa’s southern white rhino population appeared headed for extinction, with just 20 or so remaining, but conservation efforts have brought the species to more than 17,000 today. “Predicting survival is far less certain for a threatened species than for a human patient,” wrote leaders from 10 conservation organizations in a 2009 critique (pdf). Stuart Pimm, a conservation ecologist at Duke University, points out that recovery programs for critically endangered species such as the condor and whooping crane are valuable testing grounds. “These projects teach conservation scientists what works. Pushing the frontier is not cheap,” Pimm says.

Possingham knows that many who work in the field are squeamish about his approach but argues that funding realities make triage unavoidable. “People have to accept that we don’t have enough money to save everything,” he says, and explicitly acknowledging that fact gives conservationists a stronger case for securing more financial support.

Conservationists from both camps have found some common ground. Virtually everyone agrees that successful recovery programs must be grounded in an understanding of why a species is in trouble in the first place. “One of the big lessons of the past is that before you reintroduce a species, you should fix the problem that caused its decline,” says Jeff Walters, a biologist at Virginia Tech. For example, following the ban on the pesticide DDT in 1972, bald eagles made a dramatic comeback from just a few hundred nesting pairs in the continental United States in the 1960s to around 10,000 today. Walters cites the Laysan duck as a currently threatened species with a potentially big return on conservation efforts. Nonnative animals such as cats and rats had driven this Hawaiian bird to extinction on all but one island. A second population recently established in the predator-free Midway Atoll National Wildlife Refuge is growing rapidly. “We can make a big impact investing in this species,” Walters says.

As for the California condors, they probably remain a long way from thriving on their own. Bradshaw and his colleagues recently surveyed studies of 212 vertebrates and found that the typical minimum viable population size required for a species to survive long-term is about 5,000 individuals. But even in the face of long odds, many laboring to save the most endangered animals remain determined not to let go. “We’ve worked with these birds for decades with everybody telling us that it was not going to work,” says wildlife biologist Mike Wallace of the San Diego Zoo Institute for Conservation Research, who runs the condor program. Given enough time—and money—Wallace hopes he can prove the doubters wrong.

California Condor This critically endangered species that historically lived along the entire American west coast is being reintroduced into the wild after its population crashed to 22 in the 1980s.

Conservation Triage The controversial idea that conservation resources should be allocated to species with the best prospects for long-term survival.

Laysan Duck This Hawaiian-islands native was nearly driven to extinction by introduced predators but is now staging a comeback on an island where the invaders have been banished.

Minimum Viable Population Size The smallest number of individuals that will give a species a good chance (some biologists use 95 percent) of persisting over a long timeframe (for example, 100 years). One recent analysis suggests that vertebrates need a population of around 5,000.