Seeing Red: Biologist Stares Down Predator in the Backcountry 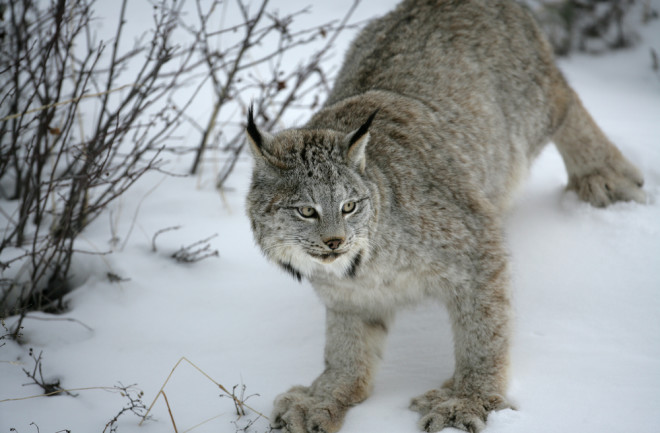 (Credit: Shutterstock) Squirrels are a passion for Sarah Westrick, a biology researcher at the University of Michigan. Last summer she attended the Kluane Red Squirrel Project in the Shakwak Trench near Kluane National Park and Reserve in Canada’s southwest Yukon Territory. Researchers congregate there each summer to study the North American red squirrel. Westrick was studying the squirrel’s maternal behavior, specifically how the moms prepare their pups for nature’s realities. The biologist ended up witnessing a pup come face to face with the reality of predation.

In Her Own Words:

Suddenly I heard barking, which is how red squirrels sound an alarm of an intruder. I kept hearing more and more as I got closer. I thought I was going to see a bunch of squirrels in the tree fighting over territory. But when I came into the clearing and looked in the tree, I saw a Canadian lynx staring back at me. He was panting heavily, and we stared each other down for a little while before he decided it wasn’t worth his time and he left.

A tagged red squirrel looks out from a tree in Canada’s southwest Yukon Territory. (Credit: Sarah Westrick) After I approached the tree, I could see it was a juvenile red squirrel he’d been chasing for lunch. In a neighboring tree a few meters away, his mom was still barking, this time at me. Because I study maternal care in red squirrels, this was particularly interesting because of the potential that the mother was protecting her young from a predation event. But she could have also just been protecting her territory and her other juveniles back in the nest. The incident was an opportunity for me to see a rare predator chase, which we often don’t get to witness when we are out there in the forest. It was also a reminder for me to keep my eyes open when I’m out there, and always relish the moments we get to experience. — as told to Discover's Mark Barna