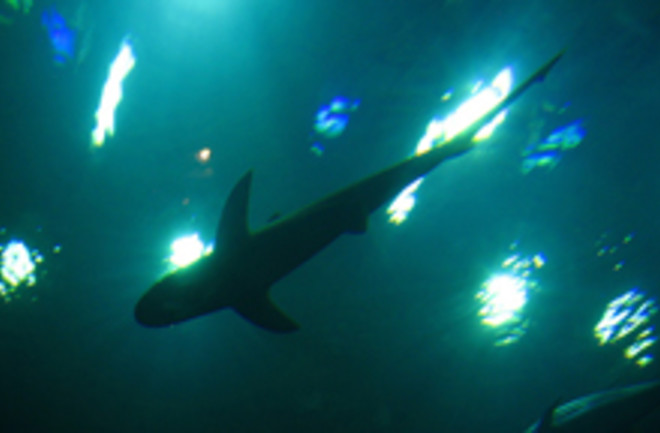 Some sharks have a nasty habit of taking bites out of each other, but in an aquarium in New Zealand one aggressive shark ended up doing its tank-mate a favor when it tore out a piece of the second shark's belly. Visitors at Kelly Tarlton's Underwater World watched in shock as four baby sharks popped out of the gaping wound. The visitors ran to notify the aquarium staff, who quickly removed the babies. Via the New Zealand Herald:

Staff did not know the mother was pregnant and, had she given birth naturally, most likely at night, the babies would have been eaten by adult sharks and stingrays before staff could rescue them.

When the mom was removed from the communal tank to get her wound stitched up, vets found four more babies inside her. All are reportedly doing well, despite the spontaneous C-section. Related Content: Discoblog: New Shark Has “Retractable Sex Appendage” on Its Forehead

80beats: Female Shark Gets Pregnant on Her Own, No Male Required