Sea Monkeys Stir the Ocean On Par With Tides or Wind 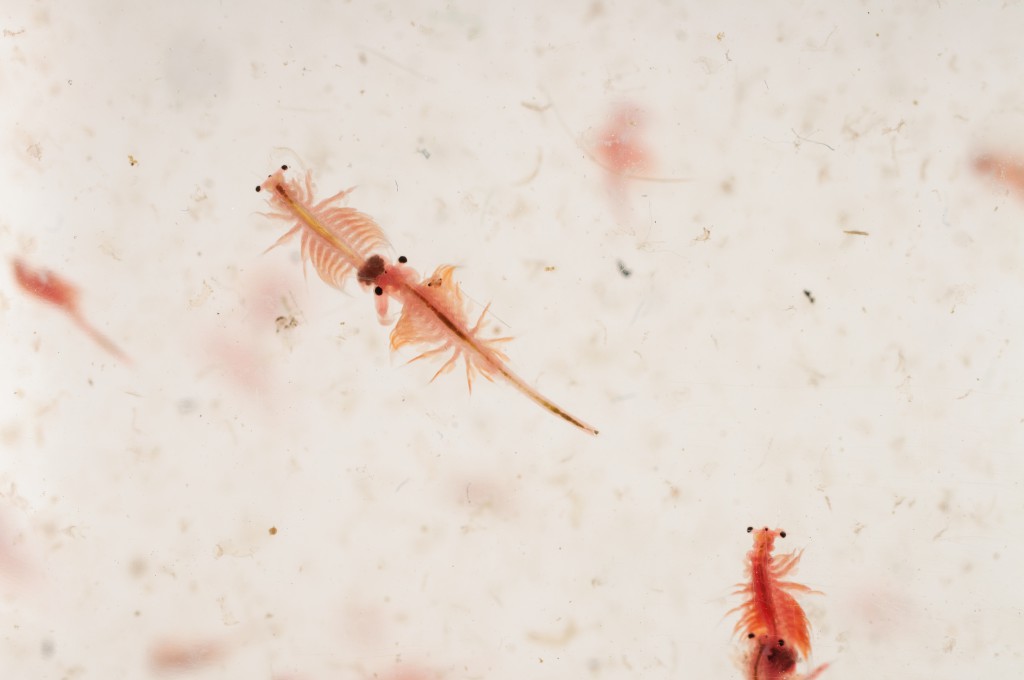 A single sea monkey is an insignificant speck of dust in the vast ocean — or plastic tank. But assemble a swarm of these ocean invertebrates, and they transform into a collective force that generates ocean currents on par with tides and the wind, a new study reports. Researchers from the California Institute of Technology demonstrated that sea monkeys (whose scientific name is brine shrimp) create tiny, swirling currents as they migrate up and down the water column over the course of the day. These currents are significantly amplified when brine shrimp and other zooplankton migrate en masse. And new calculations indicate these tiny critters have an impact on the distribution of ocean nutrients on a global scale.

Brine shrimp prefer to hang out in the dark, so when the sun goes down they swim toward the surface, retreating again to deeper waters when the sun rises. Knowing this, researchers used lasers to coax a herd of the small crustaceans to swim vertically in a large water tank. Blue lasers along the side of the tank tricked the shrimp into swimming upwards, while a green laser at the top kept them there. To track the shrimp-generated currents, researchers mixed microscopic, silver-coated glass beads into the water and monitored their distribution with a high-speed camera. When the brine shrimp swam as a group, they generated powerful swirling currents that researchers calculated could impact the ocean on a larger scale. As they swam up, a group of shrimp generated a jet stream that pulled the glass beads downward, generating an eddy-like mixing zone. The team published their findings Tuesday in the journal Physics of Fluids

The Power of the Collective

Most of the ocean’s biomass is comprised of tiny organisms like brine shrimp. On an ecosystem scale, then, researchers believe that movements of all these tiny creatures could generate a trillion watts of power. That means migrations of tiny marine critters are stirring up the ocean on a magnitude equivalent to the effect of the wind or the tides.  Simply by swimming, the tiniest creatures may have a massive impact on the distribution of heat, salinity and nutrients in the ocean, researchers say. So take heart, little brine shrimp — even holed up in some kid's plastic aquarium, you are making waves.