Scientists Glean Secrets of Flight From Birds, Bats, and Bugs 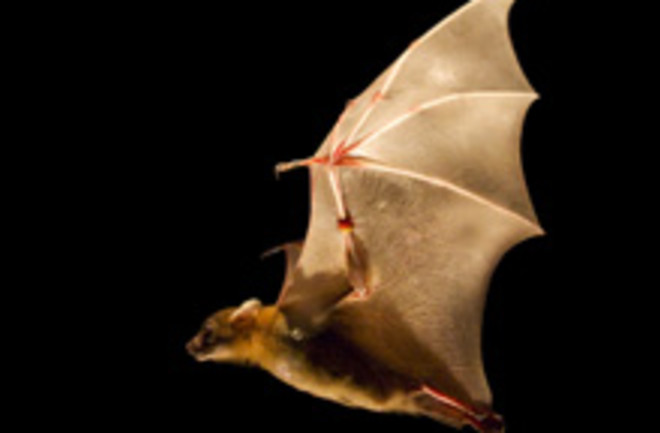 Researchers have learned the universal secret behind the graceful, aerial turns executed by everything from insects to cockatoos. And it's a surprisingly simple process:

To turn left, all a bird has to do is flap its right wing a little bit harder than the left wing. To end the turn, the bird simply returns to flapping its wings in unison [Discovery News].

Though the dynamics probably can't work at large scales — building-sized robotic birds won't ever be as agile as a swallow — they could be harnessed in small drones used by explorers or the military. Compared to the average hummingbird or fruit fly, such craft are now clumsy and unstable. "The results will inform all future research into maneuvering flight in animals and biomimetic flying robots" [Wired]

, wrote biomechanicist Bret Tobalske in a commentary. For the study, published in Science, researchers used 1,000 frame-per-second video cameras to first study hummingbirds and hawk moths hovering before a feeder. Once they deduced their deceptively simple turning mechanism, they checked animals ranging from insects to bats to large birds to see if they used the same maneuver. Lead researcher Tyson Hedrick explains that he was surprised by positive results across the board.

"We didn't expect things to fall out this neatly," he said, particularly since the process is the same for animals of all sizes from the fruit fly to the bat to the cockatoo [AP].

using the high-speed photography to create flapping robots that bring humans a little closer to the speed and maneuverability of these animal aces. The first robot sits in a container of mineral oil, flapping its wings to "fly" in the liquid.... A wing-flapping robot would have many advantages over fixed-wing aircraft, said Deng. Wing-flapping robots, like their organic counterparts, would be easier to control and could operate in a much smaller area [Discovery News].

Related Content: 80beats: Pterodactyl-Shaped Spy Plane May Soon Take to the Skies The Loom: How to Be a Bat [with high-speed video] DISCOVER: Air Force Ponders Bat-Planes DISCOVER: It's a Bird, It's a Plane explains the benefits jet planes could achieve by flocking together DISCOVER: The All-Important Upstroke, learning lessons from the European starling Image: Jose Iriarte-Diaz