Scientists Find the Oldest Human Skull Outside of Africa 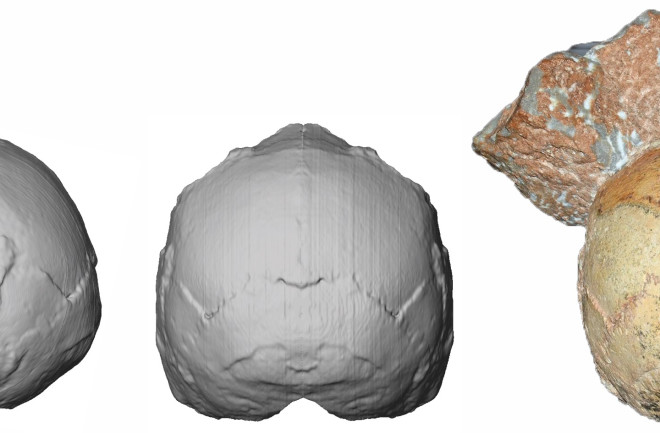 A scrap of skull collected in 1978 and stored for decades in an Athens museum may rewrite the timeline of when Homo sapiens left our ancestral African homeland.

In July, a new analysis of the Apidima 1 fossil, named for the Greek cave where it was found more than 40 years ago, suggested it’s at least 210,000 years old — the oldest evidence of our species outside Africa.

The conclusion comes just a year after a separate team announced that a partial jaw from Misliya, Israel, was 177,000 to 194,000 years old. Along with 120,000-year-old fossils from China, these recent finds challenge the long-held notion that our species did not leave Africa until about 60,000 years ago.

Unfortunately, all of these convention-busting fossils are fragmentary. Apidima 1, for example, only consists of part of the back of a skull. However, the piece is telling. We have a uniquely rounded shape to the back of our heads — and so does Apidima 1.

The feature, along with more subtle anatomical traits, led researchers to classify Apidima 1 as H. sapiens despite the fragmentary nature of the find.

Researchers also took a second look at Apidima 2, another, more complete skull found nearby back in the 1970s. They determined that it belonged to a Neanderthal and is younger than Apidima 1 by about 40,000 years.

Previous research on the skull fragments had focused on the better-preserved specimen, Apidima 2. Since the two fossils were found just a foot apart, those same studies generally assumed that the skull scraps belonged to the same species and were of the same age.

According to co-author Rainer Grün, speaking at a press conference in July ahead of the paper’s publication in Nature, that earlier research failed to take into account the location of the fossils: in a jumbled pile of debris, deposited over millennia, as material washed through the cave system.

Said Grün: “It’s a fantastic coincidence that you have two skulls together, 30 centimeters apart.”