Scientists (finally) figure out why birds don't crash into each other. 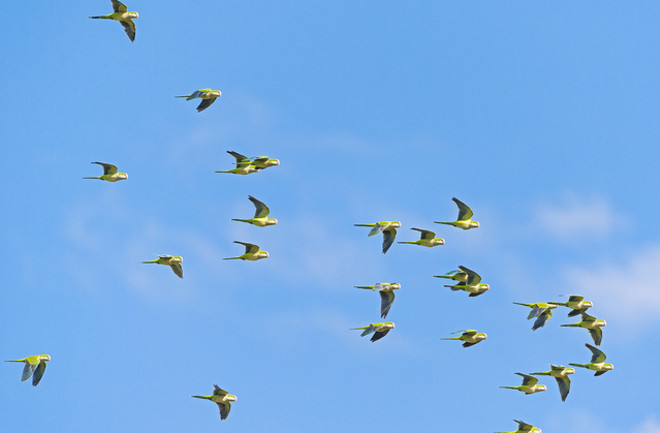 It’s a simple question that you’ve probably never thought about: with all those birds flying around, how come you never see two birds crash mid-air? To answer this question, researchers put parakeets (aka budgerigars) into an air tunnel and had them fly towards each other. They found that birds have evolved a simple way to avoid mid-air collisions: each bird always veers right and changes altitude. The authors suggest that these same strategies could be applied to airplane guidance systems. Now if only the same rules would apply on a crowded sidewalk!

“We have investigated how birds avoid mid-air collisions during head-on encounters. Trajectories of birds flying towards each other in a tunnel were recorded using high speed video cameras. Analysis and modelling of the data suggest two simple strategies for collision avoidance: (a) each bird veers to its right and (b) each bird changes its altitude relative to the other bird according to a preset preference. Both strategies suggest simple rules by which collisions can be avoided in head-on encounters by two agents, be they animals or machines. The findings are potentially applicable to the design of guidance algorithms for automated collision avoidance on aircraft.”