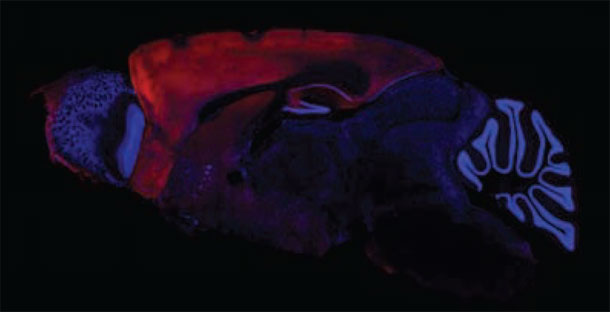 Finding a specific memory in your brain is not easy. Is it held within a particular group of neurons? If so, which ones? Are they clustered together, or spread throughout the brain? In science-fiction, a goofy helmet and a fancy operating system is all it takes. In real life, we need a subtler and cleverer technique. Two independent groups of scientists have devised just such a method, and used it to awaken specific memories in mice. One group even planted a slightly artificial memory. These techniques have great promise. They will allow us to study how memories are formed, how our existing memories affect the creation of new ones, and what happens during the simple act of remembering. Scientists have long been able to reactivate old memories, but only in a crude and undirected way. Back in the 1940s, brain surgeon Wilder Penfield found that when he electrified the brains of some epileptic patients, they recalled vivid random memories. The results were scattershot, and expectedly so. Even the tiniest of electrodes will shock thousands of neurons. There’s no way of directing the electricity to the specific neurons involved in any particular memory. “It occurred to us that the critical problem was that a given memory uses only a very small number of neurons in the brain,” says Mark Mayford from Scripps Research Institute, who led one of the new studies. “These are scattered throughout different regions and cannot be readily identified from neighbouring cells that do not participate.” Mayford solved the problem by getting the neurons that encode a new memory to identify themselves. He exploited the fact that active neurons switch on a gene called c-Fos, which acts as marker for neural activity. Mayford’s student Aleena Garner created genetically engineered mice, whose neurons produce a protein called hM3Dq whenever c-Fos is active. When these mice experience something new and create a fresh, the neurons that are involved automatically label themselves with hM3Dq. HM3Dq can be activated by a specific drug. This meant that Garner could persuade the neurons involved in a specific memory, and only those neurons, to fire again at her command. And the entire system could be switched on and off by an antibtiotic, so Garner could dictate when new memories would be labelled. To put this technique to use, Garner placed the modified mice in a white, odourless room. As they explored and created memories of the room, HM3Dq sprang up in their neurons. The next day, Garner placed them in a different room with chequered walls and a whiff of wintergreen. She also gave them a mild electric shock. While this happened, she reactivated the memory of the first white box, while using the antibiotic to stop the mice from labelling any more neurons. The result was a hybrid memory. The mice combined their old memories of the white room with fresh memories of the chequered one, and they associated this hybrid with the electric shock. If Garner reactivated memories of either room individually, the mice didn’t react. When she reactivated both memories together, they expected a shock and froze in fear. Xu Liu and Steve Ramirez from MIT developed another way of locating memories, which was very similar to Garner’s except in one key respect. Rather than labelling active neurons with hM3Dq, they used a light-sensitive protein called ChR2. While Garner could reactivate old memories with a specific drug, Liu and Ramirez did it by delivering a burst of light into the mouse’s brain, via optic fibres. As their mice were exploring a box, the duo gave them a mild shock. Some of their neurons accumulated the light-sensitive ChR2. Later, when the mice were exploring a completely different box, Liu and Ramirez gave them a burst of light, and they promptly froze in fear. These results confirm the idea that a memory is encoded within a very specific pattern of neurons, and that this pattern must fire in the same way again if we’re to remember that experience. It gives us a more solid basis from to talk about nebulous concepts like “engrams” and “schemas”. On top of that, Garner’s work shows that our memories are affected by what our brains were doing at the time when those memories were first encoded. The old influences the new. “Your brain is never completely silent. Neurons are firing all the time,” says Mayford. “It has become clear recently that this spontaneous activity is not random but seems to have coherent patterns that [might] represent some aspects of previously learned information. What we think we’ve done, at least in our highly artificial way, is show that the brain can incorporate this internal activity into new memories.” [NB: This is the end of the piece. Unlike virtually every other news outlet, I’m not going to waffle on about Alzheimer’s or PTSD in some vague, hand-waving way. Yes, sure, maybe there’ll be medical applications in the future, but this is just cool basic research. We can surely appreciate it for that, right?] Reference: Liu, Ramirez, Pang, Puryear, Govindarajan, Deisseroth & Tonegawa. 2012. Optogenetic stimulation of a hippocampal engram activates fear memory recall. Nature http://dx.doi.org/10.1038/nature11028 Garner, Rowland, Hwang, Baumgaertel, Roth, Kentros & Mayford. 2012. Generation of a Synthetic Memory Trace. Science http://dx.doi.org/10.1126/science.1214985More on memory: