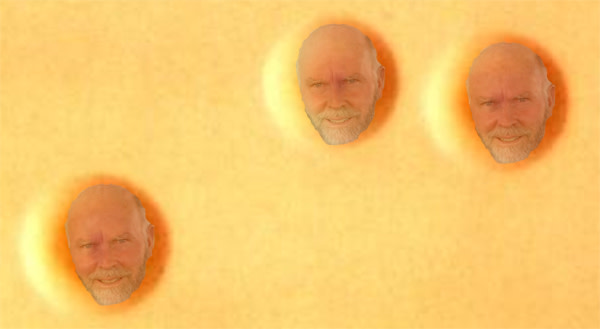 In a move that’s been hailed as one of the greatest scientific breakthroughs of the century, a group of scientists have created a synthetic bacterium that looks like Craig Venter. The team artificially synthesised a genome in the lab and inserted it into an empty bacterial cell, which promptly remodelled its outer wall into a picture of Venter’s face. “Before today, there had only been one genome in the world with the right sequence of nucleotides to encode my face,” said Venter, speaking from his secret volcano lair. “Now there are two, and I can’t help but think that things have greatly improved. “Of course, the ultimate goal is to build a creature with 100 heads, not unlike the mythical hydra, but where every head is my head. "Or, er, something about biofuels," he added. Other scientists warned that the ethical debates sparked by the discovery had only begun. Andrew McQueen from New York University said, “Imagine going for a walk in the park only to find that every bird in the trees has Craig’s face on it and they’re all looking at you.” “They’re not smiling either,” he added before curling up on the floor and crying quietly. While the research was widely reported as a major breakthrough, other newspapers were more critical, with one spokesperson saying, "He's basically just taken information from an existing source, copied it and reprinted it in another place. That's our f**king job!" Meanwhile, it transpired that Venter has coded a line from a James Joyce novel into his synthetic genome, a move that drew condemnation from America’s creationist groups, who didn’t understand what a novel was.

(For actual takes on this story, see a straight take in the Times, eight glowing reactions in Nature, a more reserved take in the New York Times that more closely mirrors my own feelings, and an excellent explanation of the new paper’s technical achievements, which are indeed substantial.)