Researchers think that the genomes of ancient rat specimens can offer clues about the fall of the Roman Empire — and may help shine a light on other dark corners in our collective past. 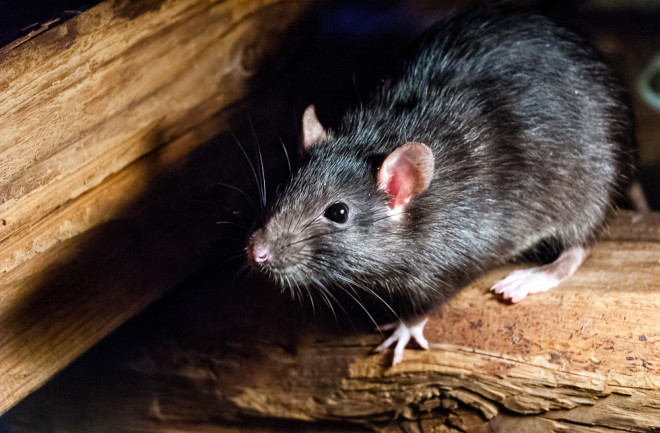 The reason for the fall of the mighty Roman Empire remains one of the most hotly-debated historical questions of all time. Although the Eastern “Byzantine” portion of the Empire lasted until roughly A.D. 1453, the Western part fell around A.D. 476. More than 200 explanations have been proposed for the fall of the latter, ranging from intruders and plagues to corruption, civil wars and climate change.

Researchers still disagree about the primary catalyst, as well as the extent to which the break-up was an economic and social collapse, as opposed to a political event in which Germanic-speaking invaders overtook chunks of the former Empire. Now, a growing faction of researchers maintains that clues to this lost world lie hidden in an unexpected place: the genomes of ancient rats.

While the downfall of a complex human society doesn’t come down to a single cause, getting a clearer picture of ancient human migration, settlements and trade networks would help researchers gauge how other factors — like urban living and the economy — were affected by the Western Roman Empire's fall. And given their reliance on humans for food and shelter, rats serve as excellent proxies for these historical processes.

The premise is simple: Although modern rats are now scattered around the globe, they didn’t disperse by themselves. Incapable of getting very far on their own, they were likely carried, carted and ferried over land and sea, oftentimes unintentionally. As a result, the histories of humans and their pint-sized travel companions are inextricably intwined.

By all accounts, Roman rats had it made. At its peak around A.D. 117, the Roman Empire controlled about 2 million square miles, including large swaths of Britain, Western and Southern Continental Europe, North Africa and the Middle East. By some estimates, that territory contained roughly 20% of the world’s population. Rome, the capital of the Western Empire, served as a trade hub, radiating roughly 50,000 miles of roads and harboring many hundreds of ships each year that shuttled people, goods, and, of course, rats. However, what became of this bustling trade network when the Empire fell remains a mystery — as does the fate of the rat stowaways.

A new study published this week in Nature Communications provides clues to both enigmas by retracing the population history of one rat species, Rattus rattus (commonly known as the black rat), between the first and seventeenth centuries A.D. The researchers began by gathering both modern and ancient black rat specimens; for the latter, they took tissue samples from museum specimens. Then, they sequenced the rodents' genomes.

Using data and information from existing studies about other rat species, the scientists were able to reconstruct the black rat family tree — and the spread of its branches across Europe and North Africa — with unprecedented precision. They found that black rats were likely brought to the eastern Mediterranean from Southwest Asia by land. The rats probably arrived shortly before 1,000 B.C., although the study authors note that is still just a rough estimation. From there, the black rats dispersed northward for several centuries with the expanding Roman Empire.

However, following the breakdown of the Western Empire in the fifth century A.D., the researchers’ genetic analyses revealed that the black rats experienced a population turnover. For starters, they nearly went extinct in temperate Europe around the time the Empire collapsed. Beyond that, when they reappeared around the ninth century, they had slightly different genes than their Roman ancestors. Other archeological studies also report a dearth of black rat remains from this period, mirroring the new paper’s findings.

According to the study authors, it’s no coincidence that the black rat population fell around the same time the Western Roman Empire did. In fact, it may be evidence that the network of well-connected settlements that once supported thriving black rat colonies had collapsed. And, a lack of trade would signal that the Roman’s once booming economy experienced a significant decline.

Combined with previous literature, the study is “lending support to the idea that the economic system did change,” says David Orton, a zooarcheologist at the University of York and study’s co-senior author. “You don't necessarily have to make a value judgment and say, ‘It collapsed’ or ‘It fell apart’ or whatever, although it's really not unreasonable to say that.”

The study clearly shows that the genomes of ancient rats can both confirm and challenge our assumptions about human history, says Lisa Matisoo-Smith, a molecular anthropologist at the University of Otago who was not involved in the research. Matisoo-Smith has dedicated much of her career to examining the mitochondrial DNA of ancient Pacific rats, in order to understand how humans colonized Polynesia. In doing so, she has been able to clarify the process of human migration to places like New Zealand, and reject previously conflicting theories. Given her focus on island settlements, Matisoo-Smith was interested to see similar genetic approaches being used to elucidate rat and human dispersal on a continental scale.

Michael McCormick, a medieval historian at Harvard University’s Initiative for the Science of the Human Past who was not involved in the study, says the authors have assembled the most scientifically-reliable black rat genome to date. Ancient human DNA has provided many unexpected insights into our collective past, he says, and now centuries-old DNA from other creatures is proving just as valuable.

McCormick has conducted extensive research on the Roman and Medieval periods, and explains that economic changes were not the only factors that could have contributed to the black rats’ temporary disappearance after the collapse of the Western Roman Empire. The Justinianic Plague, also known as the bubonic plague, began to spread throughout Europe in A.D. 541, infecting rats and humans alike, although the exact role that rats played in transmission is still contested by some. Around the same time, the Late Antique Little Ice Age transformed this temperate swath of Europe into a cooler climate, ill-suited to the delicate dispositions of Roman black rats and their subtropical origins.

Although the authors can’t parse these contributing factors just yet, McCormick says the study is a good start. “By combining these amazing scientific insights from archeogenetics with archeology and history, we're discovering a lost world."

Returning to the Rat Race

After the Justinianic Plague and Late Antique Little Ice Age subsided, black rats once again began to scurry about northern European trading settlements. What's more, they were even being transported beyond the borders of their former Roman haunts. Orton and his colleagues suspect that this renewed spread may be due to new trade routes established by a Frankish society known as the Carolingian Empire, although Viking trade routes through Russia are another possibility.

By the thirteenth century, black rats had made their way across most of Europe, eventually reaching Finland by the late fourteenth century. But, come the eighteenth century, they faced hardship once again when new competition arrived from Asia. These rival rats, Rattus norvegicus (often called brown rats), now dominate temperate Europe, and are the same species employed in lab experiments.

He Yu, currently an archeogeneticist at Peking University and the study's co-first author, is proud that her team was able to provide keen insights into black rat dispersal. But, she says, while the specific ebbs and flows of rodent populations are fascinating, her broad takeaway is that rats — black, brown, and other — offer an untapped resource to explore long-hidden aspects of human history.

As McCormick puts it, the study “is simply the beginning of all that these amazing little beasts can tell us.”