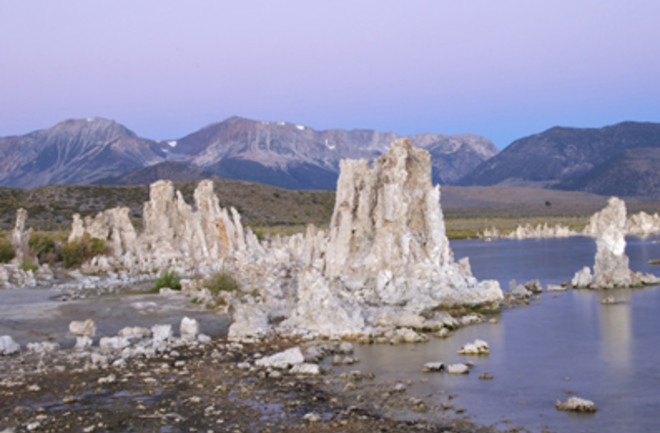 First came the extraterrestrial speculation. Then came the actual answer. Then came the backlash. NASA's big astrobiology news last week had nothing to do with E.T., of course—the team behind a study in Science announced the find of a kind of bacteria that appear to thrive in arsenic and can even use it in place of phosphorus in the backbone of its DNA double helix. But after the big announcement finally happened and squelched the more imaginative rumors, scientists started asking some hard questions about the study online. Over at Slate, DISCOVER blogger Carl Zimmer rounded up expert critiques from biologists, and many didn't hold back.

Almost unanimously, they think the NASA scientists have failed to make their case. "It would be really cool if such a bug existed," said San Diego State University's Forest Rohwer, a microbiologist who looks for new species of bacteria and viruses in coral reefs. But, he added, "none of the arguments are very convincing on their own." That was about as positive as the critics could get. "This paper should not have been published," said Shelley Copley of the University of Colorado. [Slate]

What went wrong? The critics don't allege that the team led by Ronald Oremland is definitely incorrect on all counts; rather, most charge that the data does not prove the extraordinary claim of arsenic replacing phosphorus in the DNA. In a guest post

on the blog We, Beasties, Harvard's Alex Bradley lays out some of the reasons:

What say the study's scientists to all this? At first, nothing—Oremland and coauthor Felisa Wolfe-Simon

declared that such scientific discussions should take place in peer-reviewed literature, and refused to step into the blogosphere fracas to address any criticism. But then this afternoon, Oremland gave a rather quirky lecture on the findings at NASA headquarters in Washington, D.C., and took questions afterward. Oremland didn't respond directly to all the stones hurled his way, but his talk did address a few. Regarding the phosphorus in the sample, he called it a "smidgen" and said, "It's not enough to sustain growth. It's very clear." And the team didn't do experiments like the mass spectrum because, quite simply, he said they didn't have that much money and they wanted to get the results out there. Indeed, Oremland's overriding message to the critics was: We don't mind if you question our work, that's the way science works. And if you want to try to disprove us, go ahead—the bacteria will be made available free to researchers. DISCOVER's previous coverage of the Great Arsenic Announcement: The Loom: Of Arsenic And Aliens

Not Exactly Rocket Science: Mono Lake Bacteria Build Their DNA Using Arsenic (And No, This Isn't About Aliens)

Gene Expression: The Alien Embargo, And Other Follies