The midterm elections are over, and a number of significant changes lie ahead. Marijuana has taken several key steps towards legalization, more women than ever are in congress, and the Republican party has taken control of the senate—surely, it will be an interesting couple of years. But one thing hasn't changed: GMO foods will not carry special labels, as the ballot measures in Colorado and Oregon followed suit with the failed propositions from California in 2012 and Washington in 2013.

GMO labeling initiatives in Oregon and Colorado fail to pass. Proposition 105 in Colorado failed splendidly, with close to 66% of the populace voting against the measure. Prop 92 in Oregon narrowly failed with less than 51% against. Many are up in arms about the failed measures on twitter, using hashtags like #monsatan and #nogmos. But No votes in both states are far from "losses" —they represent wins for science over the anti-GM initiative that is based solely in fear and propaganda. There's no shortage of GM crops on the market. According to the US Department of Agriculture, 97% of the sugar beets, 96% of the cotton, 94% of the soybeans, and 93% of the corn planted in the United States in 2014 were genetically engineered varieties. More than 3/4 of the papayas here in Hawaii are also GM. GE crops were planted on 169 million acres in 2013, about half of U.S. land used for crops. Proponents of labeling say that consumers have a "right to know." As I've said before, such language is misleading and dangerous, lumping all GE crops into one, vilified group. Not all GMOs are the same, and a generic GMO label won't provide any informative details about the food inside. Adding Bt toxin to corn is different than adding Vitamin A to rice or virus-fighting proteins to papayas. And those are just the tip of the iceberg when it comes to GE options — high-lysine corn, reduced-nicotine tobacco, high-oleic acid soybean oil, stearidonic acid-producing soybeans, improved fatty acid-profile soybeans, oil profile-altered canola, and alpha amylase corn are among the crops that have been approved by the USDA's Animal and Plant Health Inspection Service. Overall, nearly 20 percent of the approvals for deregulation are what the USDA describes as "second-generation" GE crops — those which include "value-added output traits" like nutrient enhancement, rather than "first generation" GEs, which are those with "enhanced input traits such as herbicide tolerance, resistance to insects, and resistance to environmental stress (like drought)." If labelling initiatives like Prop 92 and 105 were about knowledge and truth, they would seek unique labeling that traces the crops used in all foods instead of placing a target on technological innovation as a whole. Accurate labeling would include what strains of every crop are included in a food product—GE or otherwise—as different strains can vary on their nutritional content as well as agricultural practices even if they're not genetically modified. But it's not really information that pro-labeling initiatives want. Michael Eisen summed up "the right to know" perfectly:

This language reflects the belief of its backers that GMOs are intrinsically bad and deserve to be labeled – and avoided – en masse, no matter what modification they contain or towards what end they were produced. This is not a quest for knowledge – it is an attempt to reify ignorance.

Despite all the noise pushed by anti-GMO groups, the science is abundantly clear: GM crops are safe. The American Association for the Advancement of Science, the World Health Organization, the American Medical Association, the US National Academy of Sciences, and every major scientific body in the world agree on this. Even in countries where GM crops are often maligned, scientific bodies have stood behind these technologies. The Royal Society of Medicine stated unequivocally: "Foods derived from GM crops have been consumed by hundreds of millions of people across the world for more than 15 years, with no reported ill effects (or legal cases related to human health), despite many of the consumers coming from that most litigious of countries, the USA." A combined statement from 14 Italian scientific societies is simple: "GMOs on the market today, having successfully passed all the tests and procedures necessary to authorization, are to be considered, on the basis of current knowledge, safe to use for human and animal consumption.” And according to a document prepared by the Royal Society of London, the U.S. National Academy of Sciences, the Brazilian Academy of Sciences, the Chinese Academy of Sciences, the Indian National Science Academy, the Mexican Academy of Sciences, and the Third World Academy of Sciences: “Foods can be produced through the use of GM technology that are more nutritious, stable in storage, and in principle health promoting – bringing benefits to consumers in both industrialized and developing nations.” As the Skeptico blog pointed out, there are more than 600 studies (>125 of which were independently funded) that stand behind the safety record of GM crops. There's no other way to say it: thereis ascientificconsensusthatGMfoodsare safe. As I explained last year: "continuing to act as if the science is mixed or unclear about the safety of genetic modification is not raising a legitimate concern. It’s not even uninformed; it’s denialist. It’s right up there with the claims of anti-vaxers and climate deniers: that is, simply, flat-out, 100%, dead wrong."

Some pro-labelling proponents are quick to point out that 64 countries have labeling laws, thus GM foods clearly must be a problem. But do we really want to base our legislation on the opinions of others rather than the body of scientific evidence? Consider, for a moment, that many of said countries also have laws criminalizing homosexual behavior. In fact, there are more countries that have laws agains LGBTI individuals than have GMO labels, joined by, for that matter, 13 US states which have chosen to ignore the Supreme Court's ruling on the topic. Should we simply go with the flow on that issue as well? 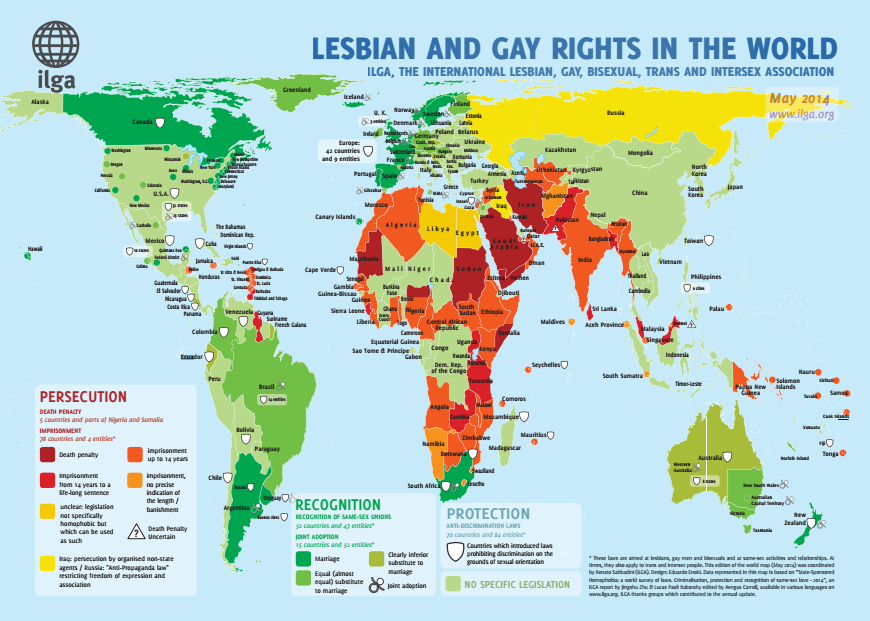 Countries where homosexuality is a criminal offense, provided by the International lesbian, gay, bisexual, trans and intersex association (IGLA). Click for full PDF. Even the environmental argument against GMOs has crumbled, leaving anti-GM movements grasping at straws. A 20 year study published in Nature found that some GM crops can actually improve biodiversity — just one of many studies refuting the ecological argument against GMOs. Furthermore, there are strong economic incentives to using GM crops. This week, a meta-analysis of more than 140 papers on the effects of GM crops found that adopting GM technology has reduced chemical pesticide use by 37%, increased crop yields by 22%, and increased farmer profits by 68%. The conclusive benefits of GMOs weren't just for first-world farmers, either: yield and profit gains were higher in developing countries than in developed ones. 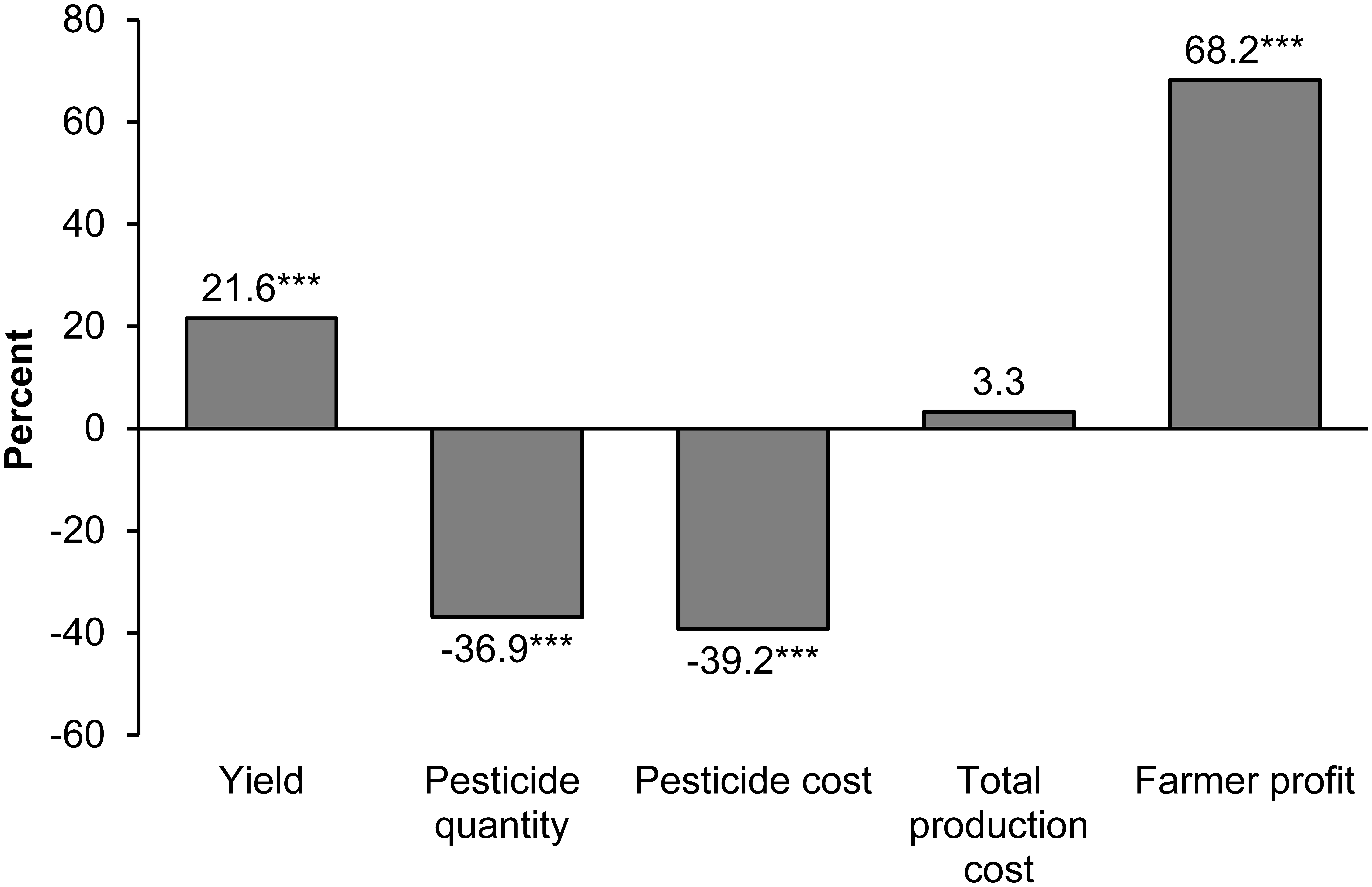 Impacts of GM crop adoption: average percentage differences between GM and non-GM crops are shown. Results refer to all GM crops, including herbicide-tolerant and insect-resistant traits. From Klümper & Qaim 2014. Since they can't rely on evidence, anti-GMO campaigns rely on fear and propaganda, resorting to scare tactics to smear GMOs wholesale based on one type (RoundUp Ready crops) and one company (Monsanto). The Yes on 92 site blatantly appealed to fear, stating that "the same chemical corporations that made the herbicide Agent Orange and insecticide DDT... are now genetically engineering food to survive high doses of the pesticides they sell." The Yes on 105 site boldly claimed that "GMOs have not been proven safe, and no long-term human health studies have been conducted," (though this is demonstrably false and contradicted by countless scientific organizations) and tries to sway readers with titles like "the evil empire (no, seriously)". They counted on an ignorant public, hoping to scare uninformed voters into a Yes. But like Prop 37 and Initiative 522 before them, they didn't succeed. 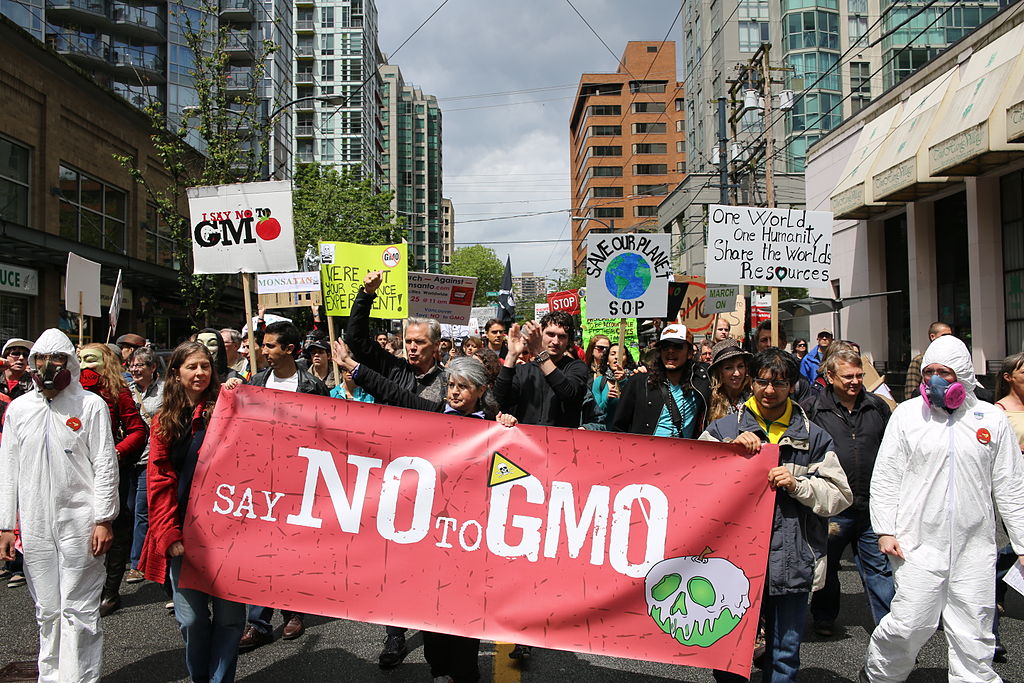 Just look at this anti-GM march, complete with hazmat suits and a skeletal apple. Please - tell me again how anti-GMO campaigns are not fear-based. Image from Wikipedia user Viriditas. Here's the thing: if you really want to avoid GMOs, that's fine. You, as a consumer, have no reason to buy GM products if you really don't want to. States don't need to label GMOs to make it so you can avoid them — there are already labels that tells you if a foodstuff is GM-free: Certified Organic and Non-GMO Project Verified. So if you really want to boycott Monsanto, or cling to the unsubstantiated fear that GMOs are harmful, just listen to the labels that are already there. It's that simple. But don't try to scare the rest of us into fearing foods that time and time again have proven their worth nutritionally, economically, and ecologically. You may have gotten a few signatures on a ballot initiative, but you can't change the facts. The science stands behind GMOs, and thankfully, so do the people.