Save Rhinos by Selling Their Horns

Although rhinoceroses are endangered, legalizing the trade in rhino horns may be the best way to protect them from poachers. 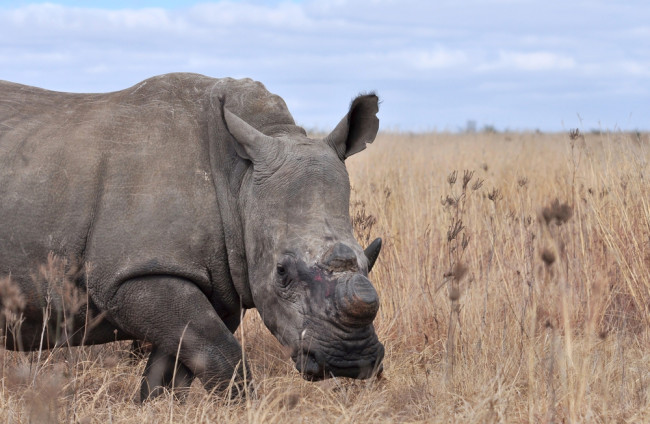 A White Rhinoceros in South Africa dehorned to protect it against poachers. | Chris Kruger/Shutterstock

CONVENTIONAL WISDOM: Because rhinoceroses are endangered, buying and selling their horns should be banned.

Legalizing the trade in rhino horns is our best chance to save the species.

Purported to treat a variety of ailments, from fevers to measles to epilepsy, rhinoceros horns have been prized ingredients in Chinese medicines for thousands of years. Sought after for their horns, white rhinos saw their population fall to 100 animals in South Africa by 1910, and only 2,410 black rhinos remained there in 1995.

In South Africa and Namibia, a strong conservation ethic — coupled with financial incentives for ownership, management and protection of rhinos for tourism and legal trophy hunting — gradually helped to reduce poaching and restore rhino numbers. But today, Africa’s rhinos once again are facing extinction, despite a 1977 ban on the selling of rhino parts by the Convention on International Trade in Endangered Species (CITES).

Ironically, legalizing a highly regulated trade in rhino horns might actually end up saving the animals. “The trade ban is failing because of persistent and growing demand for horn,” says Duan Biggs, a conservation biologist at the University of Queensland in Australia who argued for lifting the ban earlier this year in the journal Science. “The ban artificially restricts supply in the face of this demand growth, which pushes up the price for horn and the incentives for poachers.”

Purveyors of traditional medicine, Internet hucksters and back-alley dealers are taking advantage of Asia’s growing wealth and culture of conspicuous consumerism, claiming new rhino remedies, like curing cancer and hangovers, to drive up demand. As of last year, the horns were fetching an astonishing $65,000 per kilogram on the black market, up from $4,700 in 1993. Rhino horns are worth more than their weight in gold. In April, masked men stole four rhino heads from Ireland’s national museum. The eight horns could be worth more than $650,000 on the black market.

Rhino horns can be cut or shaved without injuring the animals, and they grow back. Biggs argues that horn cuttings from South Africa’s 5,000 white rhinos on private conservation lands, along with stockpiles of confiscated black-market horns and those collected from rhinos that die naturally, could satisfy the current demand if tightly controlled by a single centralized organization. Each legal horn could carry a traceable transponder and have a recorded DNA signature, which would allow tracking of the precious cargo from South Africa to Vietnam and China, where most of the horns are sold.

The increase in poaching in South Africa has more than doubled every year over the past five years. More often, skilled marksmen kill the beasts with one shot from high-caliber rifles. Or they shoot paralyzing darts at the rhinos from unmarked helicopters — then take the horns and leave the stunned animals to bleed to death. Last year alone, 668 rhinos were killed in South Africa.

A 2012 report by researchers there predict that both rhino species will become extinct in the wild in just two decades if poaching continues to accelerate. Policing poachers is expensive and dangerous — game wardens have been murdered in shootouts — and it takes conservation resources away from other species.

Another popular tactic, education, hasn’t helped curb demand. The horns are simply keratin, like our fingernails, and Western studies have shown no health benefits, but that hasn’t dissuaded sellers. “This is not a matter of ‘education,’ but one of changing a fundamental belief system that has been around for longer than Christianity,” says conservation economist Michael ‘t Sas-Rolfes, who is based in Cape Town, South Africa.

The increased supply from legal trade would likely bring prices down, reducing the incentive for poachers to continue slaughtering rhinos. Biggs believes the trade would protect rhinos — a portion of profits could be funneled into continuing to police poachers — and bring jobs to the surrounding areas. And if demand were to keep going up, areas that hold white rhinos could be expanded to grow the population. In the end, a tightly regulated legal horn trade might do the most good.

• Early this year the South African government approved an investigation into legalizing the rhino horn trade.

• The option was discussed in “side events” at a CITES meeting in Bangkok this March, but no formal proposal was made.

• The South African government is now undertaking a comprehensive feasibility study, and it could make a formal proposal to legalize the trade in 2016.

Planet EarthSystemic Racism Affects Wildlife, Too: A Q&A With an Urban Ecologist