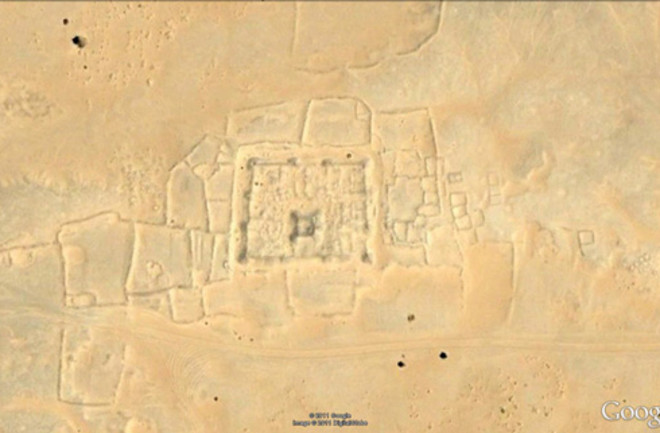 New satellite images have revealed more than a hundred ancient fortified settlements still standing in the Sahara. The settlements, located in what today is southern Libya, were built by the Garamantes, a people who ruled much of the area for nearly a thousand years until their empire fragmented around 700 AD. Information about the Garamantes is relatively scarce: Other than the accounts of classical historians (who aren't known for careful accuracy) and excavations of the Garamantian capital city in the 1960s, archaeologists haven't had a lot to go on. During the decades-long reign of Muammar Gadhafi, antiquities and archaeology weren't exactly a national priority; the fortresses were largely ignored. As David Mattingly, the British archaeologist who led the project, said to OurAmazingPlanet of the discoveries: "It is like someone coming to England and suddenly discovering all the medieval castles." Through previous archaeological excavations---including a dig earlier this year that was cut short by the start of Libya's civil war---Mattingly and others have "built up a picture of [the Garamantes] as being a very sophisticated, high-level civilization," he told National Geographic. The Garamantes had a writing system, practiced metallurgy, organized vast trading caravans, and developed a complicated water-extraction system that let them create oases in the arid Sahara. It's still a mystery what triggered the empire's decline; researchers suggest scarce water resources, plus trade disruptions, may be to blame. Read more at National Geographic and the Guardian. Image courtesy of University of Leicester / Google Earth