Salt, and Salty Fish, Were An Important Part of the Maya Economy 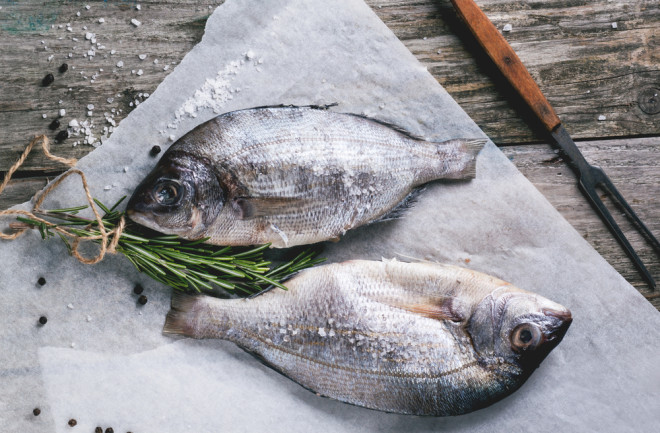 (Credit: Natasha Breen/Shutterstock) If you lived among the ancient Maya, let's hope you liked your fish super salty.Archaeologists working at a former Maya salt mine near the coast in Belize say that they've found evidence of the fairly large-scale production of salted fish for trade at markets further inland. In the jungle, where seafood was a luxury and food wouldn't keep well, the salty fish could have been a valuable commodity.It's further evidence that producing and trading salt was an important part of the Maya economy, and another insight into the daily lives of an ancient jungle civilization.

Researchers from Louisiana State University and Ibaraki University in Japan looked at a collection of stone tools from the Paynes Creek Salt Works in Belize. Though the site is now submerged, 1,500 years ago workers there would use large ceramic vessels known as briquetage to boil out salt from briny water. A single salt kitchen could have produced enough salt for more than 7,000 people a day, based on researchers estimates. That's a ton of salt, and along with evidence of salt trade at Maya markets, it seems that the salt makers were economic specialists of a sort, producing a single product and trading it at markets for other goods.

Researchers working at the city of Caracol in Belize found that markets were likely common in Maya society, and offered a place for people to turn a profit off any extra resources they may have produced. Things like salt and fish could have been in high demand in cities far from the ocean, brought inland by canoe or on the highly developed Maya road systems.

Also at the salt works were numerous stone tools that had been sharpened to use as cutting and scraping implements. Based on their wear patterns, the researchers think that they were probably being used to cut and prepare fish. Fish bones have turned up in midden heaps in Maya territory far inland, so it's clear that they were being brought from the coast. Salting is one of the only ways to keep the fish from spoiling, so it's likely that Maya at the salt works were also preserving fish from the nearby ocean for trade. The researchers published their findings Monday in the Proceedings of the National Academy of Sciences.

Tuna, jack, grouper and snook remains have all turned up in Maya cities, and in nearby Lubaantun they comprised nearly 40 percent of discarded animal leavings. This aligns with other ancient cultures near the ocean, like China, where fish were often traded. Archaeologists already knew that the Maya would trade the salt itself — probably in the form of standardized blocks — and now they are beginning to see exactly what the Maya used it for.While the Maya diet was based around maize in most areas, there’s evidence that they regularly ate dogs, deer and armadillos, and even manatees in some cases. It’s not quite clear at the moment whether fish were a significant part of their diet, or whether commoners had access to them. As with most thing among the Maya, diet varied from region to region, and those near the sea may have relied much more on fish for their diet than others further inland.But, either way, the bounty of the sea couldn’t prevent the Maya from a precipitous collapse sometime around 900 A.D. It’s likely that a devastating drought was partially to blame, along with political instability and conflict. Many of the great cities were abandoned during this time, and populations plummeted.The lack of rainfall probably killed off crops, leading to food shortages and starvation. In a society heavily dependent on agriculture for survival, salted fish wouldn’t have come close to saving them.