Return of the Microcephalic Hobbit 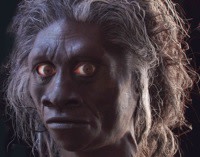 The Sunday Times in the UK reported yesterday on an upcoming paper that claims that the ever-fascinating Homo floresiensis (a k a the Hobbit) is not a new species, as previously reported. Instead, it was a human with a genetic defect called microcephaly that gave it a small head. This is a long-standing criticism, but only a couple papers based on it have been published since the Hobbit fossils were discovered almost two years ago. The article doesn't have a lot of details. When the new paper comes out (in the Proceedings of the National Academy of Sciences) I guess we'll get more. For my previous hobbit tales, go here. Update: 4/21 12:30 pm: PNAS was keeping the paper under embargo, but now with the Times story out, they've lifted it. So there's a flood of information out now: John Noble Wilford in the New York TimesPress release from Penn State Still no paper posted yet at PNAS's own web site, though... Update, 8/22 9:50 am: John Hawks muses.