Quiz: Do You Always Remember a (Bear) Face?

You know how embarrassing it is to introduce yourself to someone at a party, and realize too late that you've already met? Just imagine if that person was a bear. To prevent moments like this, San Diego Zoo conservation researcher Russell Van Horn and his colleagues asked people to try identifying bears by their faces. Actually, their motivation had nothing to do with awkward party moments. It had more to do with citizen science. Can volunteers be trusted to look at photos from a camera trap, say, and report how many different animals have walked past? What about scientists? If someone thinks she's seen ten different animals when she's only seen five, the population count for an area could end up artificially high. What looks like a healthy population could really be a lonely few animals who are hard to recognize in different lighting. The researchers gathered photos of Andean bears (Tremarctos ornatus, also called spectacled bears) from zoos and research sites around the world. Individuals of this species have markings on their faces that make this task a little easier than it might be otherwise. The pictures showed bears of known identity and age at different times. Sometimes the pictures were at bad angles or hard to make out, as they would be in research. In an online test, 120 participants viewed pairs of photos and answered one question: Is this the same animal? People were only OK at this. They answered correctly more than half the time, whether the pictures showed a cub and an adult or two adult bears. But when cubs' markings changed with age (sometimes facial markings fade, and elderly bears often "grizzle" like dogs), people did even worse than if they'd been guessing. It didn't help if participants had worked with bears or animal identification before—which many of them had, since the researchers recruited some people they knew. A second experiment showed that a training session didn't dramatically improve people's results. But it wasn't all dire news. A handful of subjects (five of them in the online test) got every bear identification right. And while training didn't help much, motivated people who viewed a lot of bear photos did improve. This shows that local citizen scientists can help out with bear identification studies, Van Horn writes. They just need some practice first. And no one—citizens or researchers—should rely on a single person's identification of a bear. Ready to try? The bears numbered 1 through 6 below are younger bears from the study, some cubs and some adults. The pictures marked A through F are the same bears later in life. Match each number with a letter. 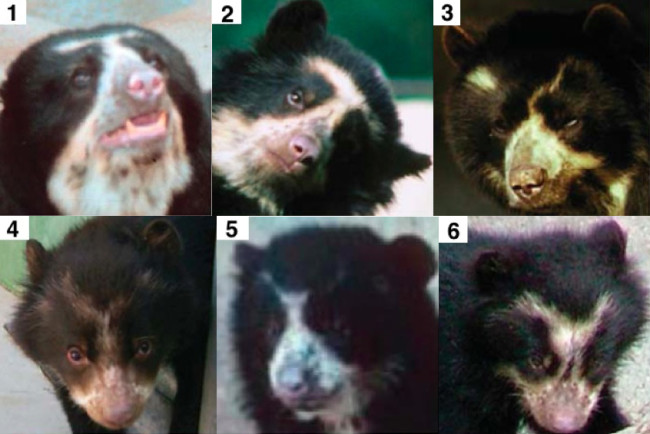 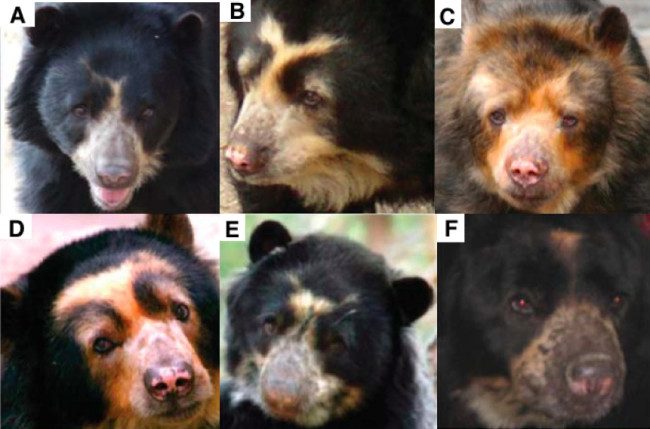 Adults and older bears Answers are below. Did you ace the quiz? Congratulations—you'll be more than prepared for your next cocktail party! If you talk to people you haven't seen in a while, be sure to comment on their grizzling. Images: from Van Horn et al.