Protecting Olive Trees From Above 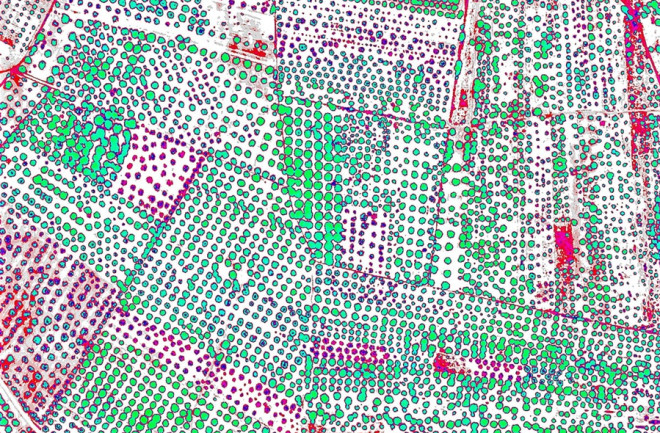 Europe’s olive trees are suffering. The culprit — Xylella fastidiosa, a devastating bacterium that’s common in the Americas — can infect up to 350 different plant species. The pathogen made its way across the pond only recently. Farmers in Europe have to move fast to stop its spread (usually by sap-eating bugs), or else risk destruction of their crops. In response, experts have developed an aerial remote-imaging system that scans orchards to pick out infected trees before they show the telltale symptoms: withered branches and scorched leaves. The system, which uses a combination of thermal and electromagnetic imaging, can flag infected trees with over 80 percent accuracy. This thermal image shows the severity of symptoms of an orchard in southern Italy from blue (least severe) to red (most severe).