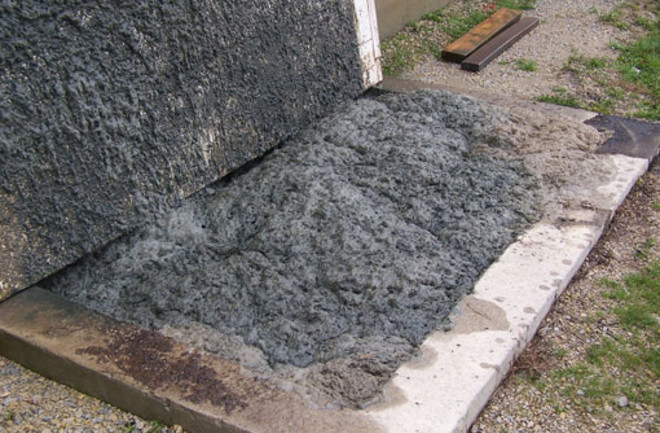 A foaming manure pit—prelude to an explosion? | Courtesy University of Minnesota

Five years ago, the Minnesota Pork Producers Association came to agricultural engineer Chuck Clanton with a bizarre problem: The manure pits where farmers store pig waste were exploding. Some of the blasts raised roofs and shattered windows on the buildings that housed the pits. Others leveled entire structures. One explosion in Iowa killed 1,500 pigs and put a farmer in the hospital. What, the trade group wanted to know, was causing these mysterious explosions?

Clanton, a professor at the University of Minnesota, started looking for a pattern. Shortly prior to explosion, each pit had developed a viscous foam that stored and then expelled huge amounts of highly flammable methane, produced by bacteria in the pits. But what caused the foam? At first Clanton thought the culprit was a widely used livestock feed called Distillers Dried Grains with Solubles (DDGS), a cereal-like byproduct of ethanol distillation. Farmers started feeding pigs a lot more DDGS around the time the explosions began escalating, in 2007. Yet on farms with multiple manure pits, where all the pigs were fed identical proportions of DDGS, some pits foamed and others did not. So Clanton and his team went back to the drawing board.

Finally Clanton realized a simple fact: Not all DDGS is the same. Because ethanol is distilled from corn by a variety of manufacturing processes, the DDGS fed to pigs is highly variable, containing different types of plant fibers and long-chain fatty acids. This gave him some clues to piece together. “Long-chain fatty acids are a precursor for soaps,” Clanton says, “and soap makes bubbles.” Once the bubbles are formed, he theorized, the tiny fibers that pass through the pigs’ digestive systems strengthen them, leading to more foam and trapping the methane that naturally develops. His theory hasn’t been proved yet, but trials based on different varieties of the feed are about to begin.