Police Could Use DNA to Learn the Color of Suspects' Eyes 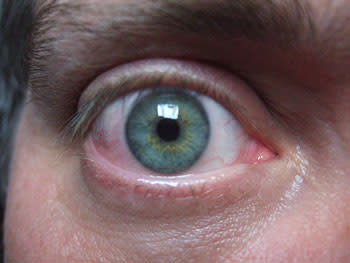 In the dreams of crime scene investigators, no doubt, they can feed a piece of hair into a machine and see a reconstruction of what the owner looks like. There's a hint of that fantasy in the news that Dutch scientists have developed a test intended help police tell from a crime scene DNA sample the color of a suspect's eyes

. This information is gleaned from examining six single nucleotide polymorphisms

, small genetic markers that are used in DNA fingerprinting, and could potentially help steer investigations when there are few other leads on a suspect and there is no match in police DNA databases. But the test, which can tell whether someone has blue, brown, or indeterminate (which encompasses green, hazel, grey, etc.) eyes with an average of 94% accuracy, doesn't seem to have been tested outside of Europe, which raises questions about how well it would work in populations with greater diversity. It's also a little hard to feature how you could bring this information to bear in a vacuum of other details---you'd want to avoid hauling someone in just because they looked suspicious and have the same eye color as the readout for the perp. At the moment, the test is not accurate enough to be introduced as evidence in court, which could be a bad thing or a good thing...depending on how many Philip K. Dick