Poison Campaign Kills the Invasive Rats of Rat Island, but Kills Eagles Too 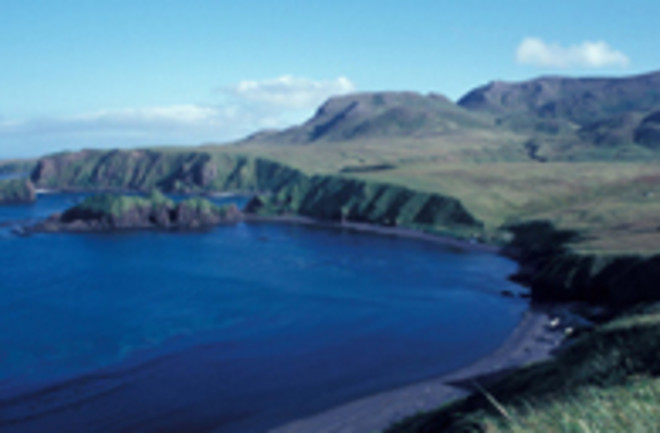 More than 220 years since a ship wrecked on the rocks surrounding a remote Aleutian island, biologists believe they may have finally cleaned up the resulting mess.

Rats have ruled the island since 1780, when they jumped off a sinking Japanese ship and terrorized all but the largest birds on the island [Reuters].

The voracious rodents feed on bird eggs and even chicks and small adult birds, and they so dominated the tiny island that it was given the name Rat Island. Biologists embarked on an ambitious effort to wipe out the rats last year, and now say they may have accomplished their task--but the campaign may have resulted in some avian casualties.

Nine months after scattering poisoned pellets across the island, biologists say they haven't spotted any remaining rats, but they have found the carcasses of 186 glaucous-winged gulls and 41 bald eagles. U.S. Fish and Wildlife spokesman Bruce

Woods said it's unlikely carnivorous eagles ate the Rodenticide grain pellets, but they may have devoured some dead rats that had consumed them. "Eagles are scavengers of opportunity," he said. "Rats don't make up a big part of their diet naturally, but if meat is available, they're going to take it" [Anchorage Daily News].

In the $2.5 million campaign to eradicate the invasive species

cakes of grain laced with a rodent-killing blood thinner called brodifacoum. During [a] trial, 88 percent of rodents perished in their burrows where they would not be exposed to scavengers like eagles or gulls, according to an environmental assessment of the project.... On April 15, 2008, the Rat Island Restoration Project got the formal go-ahead, and in September a helicopter hovered over the 10 square mile island dropping the poisoned grain in a grid pattern [Scientific American]

, in an attempt to give every rat on the island a lethal dose of the poison.

"So far, no living rats have been observed," said Woods, who noted that seven observers walked the island looking for signs of survivors. "We're cautiously optimistic, but it's a big island. It would be presumptuous to assume that we would have noticed rats if only a few were left." Before federal biologists consider the island rat-free, they will survey it again next year [Anchorage Daily News].

Even a single breeding pair could eventually repopulate the island, researchers note. The dead gulls and eagles have been sent to a lab to test for traces of the poison in their bodies, but Woods says that the relatively small number of dead birds won't make an impact on the bird populations; the Fish and Wildlife agency estimates that 2,500 eagles live in the Aleutians, and says that gull numbers are far higher.

The good news is that the survey team reports that Aleutian cackling geese, ptarmigan, peregrine falcons and black oystercatchers are all nesting on the island -- and rats appear to be absent. “If the rats are truly gone,” Woods says, “then the long-term benefits to the ecoystem will outweigh the loss of these birds” [Scientific American].

DISCOVER: The Truth About Endangered Species