Not Exactly Pocket Science is a set of shorter write-ups on new stories with links to more detailed takes. It is meant to complement the usual fare of detailed pieces that are typical for this blog. 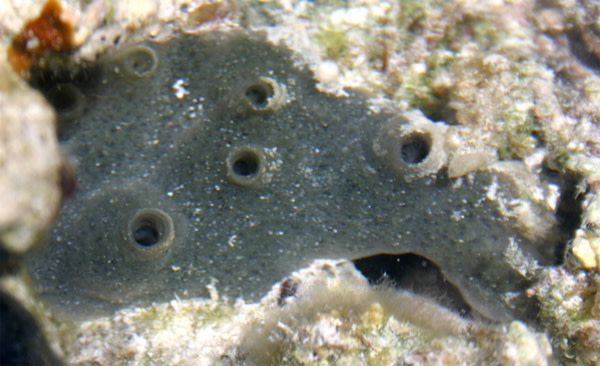 Spongebob’s genome reveals the secrets of building an animalSponges

are animals but, outside of children’s cartoons, they’re about as different from humans as you can imagine. These immobile creatures lie on the very earliest branch on the animal family tree. They have no tissues or organs – their bodies are made of just two layers of cells, twisted and folded into simple shapes. But despite this simplicity, the first complete sponge genome tells us a lot about what it takes to build an animal. The genome was sequenced from an Australian species called Amphimedon queenslandica

by a large team of scientists led by Mansi Strivastava from the University of California, Berkeley. It tells us that sponges share a ‘genetic toolkit’ with humans and all other animals. This includes 4,670 families of genes that are universal to all animals, 1,286 of which separate us from our closest single-celled relatives, the choanoflagellates

. Within these families lie the keys to a multicellular existence. This shared toolkit controls all the fundamental processes that allow individual cells to cooperate as part of a single creature, including how to divide, die, grow together, stick to one another, send signals to one another, take up different functions, and tell the difference between each other and outsiders. They also include many genes that are implicated in cancer, a disease where individual cells go rogue and multiply out of control at the expense of the collective. The presence of cancer-related genes in the sponge genome tells us that as long as cells have been cooperating within a single body, they have needed to guard against the threat of cancer. Srivastava estimates that the foundations of multicellular life were laid between 600 and 800 million years ago. More than a quarter of the big genetic changes that separate humans from the single-celled choanoflagellates took place during this window, before sponges split off from the ancestors of all other animals. The last common ancestor of all animals emerged during this period and it was a creature of remarkable complexity – a multicellular species that could sense, react to and exploit its environment.

Read more from Adam Mann at Nature, Bob Holmes at New Scientist and an earlier post from me on how

Holy extinction, Batman! One of America's most common bats could be wiped out in 16 years by new disease The little brown bat

is one of the most common bats in North America but in 16 years, people on the East Coast will be lucky to see any. The bat is being massacred and the culprit is a new disease known as white-nose syndrome caused by the ominously named fungus

The fungus grows on the wings, ears and muzzles of hibernating bats, rousing them too early from their deep sleep, sapping their fat reserves and causing strange behaviour. White-nose syndrome

was first identified in a New York cave in February 2006, but it spreads fast. In the last four years, it has covered over 1200 km and contaminated wintering roosts throughout the north-eastern US and its neighbouring Canadian provinces. In infected areas, the fungus is slaughtering bats at a rate of around 45% a year. Cave floors are littered with carcasses. Five years ago, the little brown bat was thriving, thanks to the installation of bat boxes, conservation efforts and a reduction in pesticide use. The eastern seaboard alone was home to 6.5 million of them. But all of that good is being undone by a single disease. Using a mathematical model, Winifred Frick

from Boston University calculated a 99% chance that the species will become locally extinct within 16 years. Even if the current death rate slows to just 5% a year – a highly optimistic target– the population will still collapse to around 65,000 individuals. These last survivors would be just 1% of the previous total, with a 60% chance of dying off by the end of the century. At this stage, the question isn’t if the little brown bat will go locally extinct, but when. This is just the tip of the iceberg. White-nose syndrome is spreading across North American and at least six other bat species are affected. These animals eat such a large volume of insects that their disappearance would have severe economic and ecological consequences. There’s a desperate need for more research to understand the disease, to keep a track of it, to find ways of fighting it, and to ensure that something like it doesn’t happen again. Frick thinks that white-nose syndrome spread so quickly with such devastating results that it must have been introduced from another part of the world, hitting species whose immune systems were totally unprepared for it. This problem of “pathogen pollution” is a neglected issue in conservation – perhaps the demise of the little brown bat will provide the impetus to take it seriously.